In July 2016, Johnny Bhalla was on vacation in Toronto when his favourite producer, Metro Boomin, dropped the news that he would be performing at The Hoxton. He rocked up to the venue with his brother-in-law only to find out the concert had been booked out. Bhalla’s heart sank as he turned around, but then he was suddenly struck with an idea – the type of idea where you have nothing to lose, and fun to be trialed. He spun back around to the lady at the ticket box and said, “I flew from Australia to see this guy. You gotta let me in.” This wasn’t entirely true, but he was determined. “Oh, but it’s all booked,” said the lady apologetically. Johnny demanded, “I don’t care. I need to see him. I flew all the way.” A few minutes later, he’s in.

Two months later, where the sun sheds light on our Sunday afternoon, Bhalla and I are devouring two desserts at La Renaissance Patisserie, Waterloo. The first titled Vivaldi: a spiced orange cake with multiple layers of valrhona milk chocolate and hazelnut mousse, finished with pearls and mandarin. And second titled Zulu: chocolate mousse with salted caramel and dark chocolate ganache, coated in gold dust. If you need a tissue to wipe around the edges of your mouth that’s dripping with saliva, I understand. We’re by the window of the patisserie where he shows determination to be different. ‘I wanted to always create my own brand,’ says Bhalla, a marketing manager for Gispac and Pure Planet on weekdays, and Chief Commander & Dessert Aficionado of Dessertified – a sweet tooth Instagram account exploring all things desserts – on weekends. With almost 28,000 followers, Bhalla has become a marketing mogul, with his knack for what captivates and engages a great photo on Instagram. He says, ‘If you look at it as a nine tile account, they all need to talk to each other.’ It began in August 2013 when he was working at IMB. His workmate was thinking of starting a blog of some sort and encouraged him to do the same – so he began researching. “I’ve got a bit of a sweet tooth, and I was really frustrated that I couldn’t think of really good spaces off the top of my head. All I could think of was, ‘Oh Oliver Brown and Max Brenner – That can’t be it! There has got to be better stuff right?’”

I am certain we have had a few shots of sugar from these desserts. It doesn’t faze us. “When I went to Rozelle, there was this place that didn’t have a website but had really good reviews online, so I thought, ‘alright I’ll go check it out,’ and everything I had there was just, like – mind blowing.” It was from this experience and his love for desserts that gave birth to Dessertified.

This year he teams up with businesses and individuals to create collaborations, such as the Dessertified Waffle by My Sweet Boutique: chocolate toffee smash gourmet Ice Cream on a soft waffle, with Belgian milk chocolate, doused in salted caramel sauce, finished with crushed Malteasers and honeycomb. Another tissue? For Bhalla it is about, “coming up with different stuff and exercising that creativity.” In a decade of personal branding, I want to know the strategy and intent of someone who did it so seamlessly. “For me, it’s all about how I actually create a brand and really drive growth. To see really good results – that was my ultimate goal.” Bhalla emphasizes the importance behind an idea that hits a niche market, and how to step away from the number of followers and reflect on what is important. He mocks his enthusiasm from two years ago as he says, “It’s all about numbers so how can I go at it more? How can I grow it more? What that takes you away from is the actual creative side that you started with. Likes don’t mean anything in the grand scheme of things. Think about why you started it.”

Follow Dessertified at www.instagram.com/dessertified and join the sweetest dessert community in town! 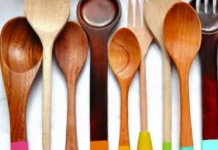 Top 5 Things You Need in Your Kitchen 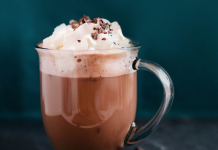 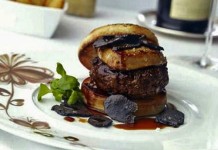