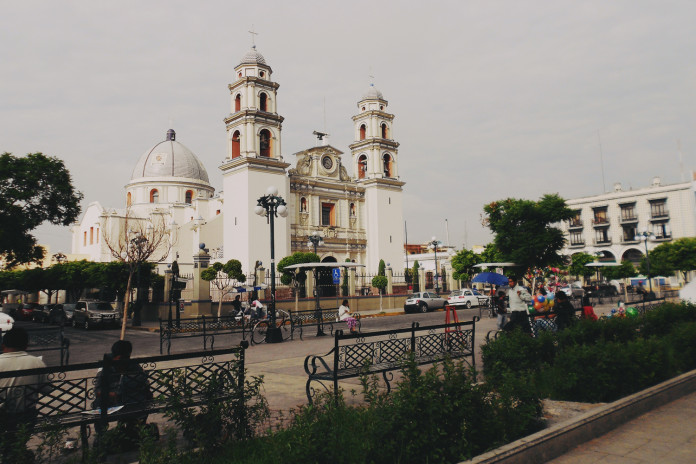 Central America is a region that has many appeals for varying interests – history, cuisine, and the arts just to name a few. Puebla, the fourth largest city in Mexico, is a 90-minute bus ride southwest from the capital Cuidad de Mexico, or Mexico City to English speaking folk. It was founded in the early 16th Century as a Spanish settlement and a centre for textiles and agricultural production. Today, there are other reasons why people are drawn to the city and here are a few that make this town truly memorable.

Wandering through the centre of Puebla is a magical experience, which is why it’s recognised as a World Heritage Site. There are a number of signs that show that the establishment of this city was Spanish influenced. The centre is marked by a Zocalo, or main square – a typical mainstay in any city formed by the Spanish, and is filled with trees and many impressive sculptures. One side of the square faces the city Cathedral, which took 300 years to build and looks equally stunning at day or night. There are also cobblestone streets throughout the centre, which enhance the charming nature of the city. All of these aspects lead to a great experience you can have simply on your own two feet.

Housed in two colonial-era buildings, the Museo Amparo holds a vast collection of historic and contemporary artefacts that will amaze cultural enthusiasts from all walks of life. The museum has fourteen exhibition halls that house many different forms of art and culture. There are various forms of pottery, steel, and sculptures from several ancient Mexican cultural groups, a huge timeline of landmarks around the world from 2000 BC to today that is separated by region, and several exhibit rooms that hold many forms of contemporary art.

During August, their main exhibit was for an artist named William Kentridge – an eccentric French artists who produced mesmerising work with charcoal and manipulating images by using various screen techniques. The view of the city from the top of the gallery is unbelievable as well. Best of all, the museum is free to visit on Mondays.

There are a few iconic dishes that are served in this city. The most memorable one is named after the city itself, Mole Poblano. While mole usually refers to the sauce that is served over the dish, the most commonly prepared version of this dish is served with chicken and rice. The uniqueness of Mole Poblano is that the sauce has the unorthodox addition of chocolate to give it a subtly sweet taste. It’s worth a try if you’re in the city.

Another dish that uses the unusual fusion of sweet and savoury flavour is Chiles en Nogada. A capsicum is stuffed with shredded pork and spices, and is topped with a white walnut sauce, parsley and pomegranate. The garnishes for this dish are deliberately used to depict the Mexican flag and are a distinct mix of flavours.

A personal favourite was called the Cemita. It is named after the bread on which it is served, the Cemita and, in a nutshell, can be described as a meat-filled sandwich. The meat used is usually slices of pork or chicken, and the fillings used include avocado, string cheese, or quesillo, onions, bean paste and a red salsa. Describing this sandwich is sure to make one’s mouth salivate!

The wrestling, or Lucha Libre, is a must-see for anyone that is visiting Mexico. It receives a special mention in this article due to the proximity of the stadium to the city centre, making it easily accessible on foot. Prior to entering the stadium, there are several vendors selling wrestling masks and the aforementioned Cemita in order to immerse oneself in the authentic experience. A ticket to the event for general admission is only $90 Mexican Pesos or about $9 Australian dollars at the time of writing.

While the sports entertainment form found in the United States has noticeably influenced the show itself, it is still a memorable spectacle to witness. There are frequent flips and acrobatics by the competitors, taunts made both to the opponents and crowd members, and the supporters wildly encourage the atmosphere with horns, drums and guiros in hand.

One memorable bout began with the entrance of a tall and rather rotund man in pink tights accompanied by a mascot in black tights who could affectionately be referred to as a “little person” performing the Gangnam Style dance. This 60-second moment epitomised the madness of the whole evening.

Travelling through Mexico has many different attractions that one could consider as memorable. For several reasons, Puebla has many of these all in the one city.

How to Spend 48 Hours in the Southern Highlands Wine Region

5 Reasons You Should Travel Alone