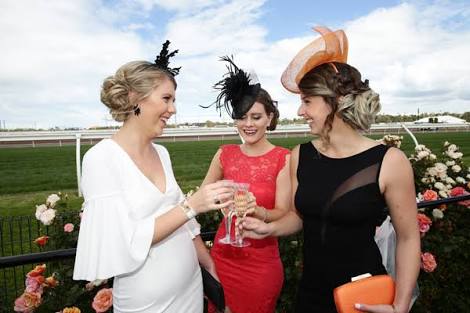 A sea of black and white entered Flemington earlier today, with men and women following Derby day’s long standing tradition.
Ace High was the day’s big winner, taking out the Victorian derby. The horse was said to have had ‘superior staying performance’ throughout the 2500 metre race.

Trainer David Payne said Ace High had been ridden differently from previous races, in hope of this big success. “Not usually does a plan come together but this has been planned for about six months and it all just fell into place,” Payne said.

Trainer Gai Waterhouse saw success with Cismontane, who took the victory in the Lexus Stakes at Flemington, gaining him a spot in Tuesday’s Melbourne Cup.

Myer received unwanted attention, with ambassador Jen Hawkins wearing a dress also seen on Channel 7’s Francesa Cumani. Myer said they were not responsible for Channel 7’s wardrobe, even though the talents are contractually obligated to wear Myer brands to the event.