In the wake of yet another devastating terrorist attack, this time on Turkey’s busiest airport, the world has come together to share their condolences.

As leaders of the world come forward to offer sympathy and solidarity for the lives lost and continued fight against terrorism, they would be wise to also praise Turkey for their humanitarian efforts.

Though not the first place we often think of, Turkey is tragically overlooked when we talk of global aid. Despite this fact, the Development Initiative, a British organization that monitors humanitarian aid, recently published a report naming Turkey as the most giving country in relation to their gross national income. Simply put, they make the least yet give the most; the Robin Hood of global welfare.

Turkey’s monetary contribution to humanitarian efforts has reached $3.2 billion and makes up 11% of all global aid. All of this, despite the government still trying to find its footing economically following years of financial turmoil.

It is impossible to cover current humanitarian issues without mentioning Syrian refugees, and in that regard, Turkey again comes out on top. Turkey has spent the most of any country on Syrian aid and they are currently housing the largest number of refugees. While the rest of the world has gone up in arms to close their borders, Turkey has maintained their open-door policy; providing a home for those fleeing war-torn countries.

In a testament to their incredible efforts, Turkey hosted the World Humanitarian Summit for the United Nations this past May. A country known for being the meeting point of cultures and continents has been steadily working towards creating a global humanitarian effort while helping those in need.

As the world looks to help Turkey in this moment of tragedy, we should not forget how much they have done for others, and look to match their compassion and humanity. 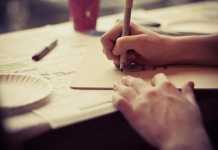 5 Tips To Stick To Your New Year Resolutions — For Real!

Add A Touch Of Luxe With Couture Shapewear

These 5 Luxury Hotels Need to be Seen to be Believed