If Marilyn Monroe was alive today, I’m sure she wouldn’t believe it herself.

On November 18, 2016 an auction was held in Los Angeles for one of Marilyn Monroe’s famous dresses where it sold for a record breaking $4.8 million USD.

The sale of Monroe’s gown has outdone the previous record for the most expensive dress sold at auction, which was the famous white halter neck and also worn by the actress in the film ‘The Seven Year Itch. It sold to fellow actress Debbie Reynolds for $4.6 million USD in 2011.

This time around, the stunning gown was sold to the well known international museum chain Ripley’s Believe It Or Not, and according to the vice president, will be on display at the Hollywood Ripley’s before moving to different branches around the world for others to view.

The uniquely made Jean Louis dress was presented at the auction on a custom-made mannequin designed to match Monroe’s exact body measurements.

The dress itself features over 2,500 hand stitched crystals on the sheer, flesh coloured design and was said to have been so tight that Monroe was sewn into it before performing for the President’s 45th birthday.

The iconic dress was worn in 1962 when Monroe serenaded President John F. Kennedy singing ‘Happy Birthday’ in front of 15,000 guests at a Democratic fundraiser at New York’s Madison Square Garden.

The performance was iconic as Monroe not only sang the rendition in her trademark tones, but also sparked rumours of an affair between herself and President Kennedy who was later assassinated in 1963.

The fundraiser was also one of Monroe’s last public appearances before her death from a drug overdose less than three months later, aged 36.

The gown however is not the only thing to be auctioned over the three-day event, with hundreds of Monroe’s items and memorabilia under the hammer and up for sale including the beaded dress the actress wore in the film ‘Some Like It Hot’, which sold for $375,000 USD. 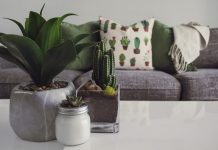 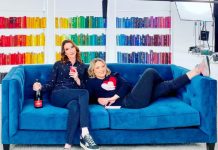