The Australian Open has concluded for another year, in spectacular fashion.

The finals for the men’s and woman’s singles matches took place in the early hours of Saturday and Sunday night.

Djokvic currently sits as the World No.2 in men’s singles and was playing to win his 8thconsecutive Grand Slam title of the Australian Open.
Whereas his opponent for the night was not only facing his first final at the AO but was the first ever Austrian to make an Australian Open singles final.

Both men gave it their all with a game that left the audience guessing who would come out on top, but there was no stopping the champion as Djokvic struck victory and came home with his 8thconsecutive AO title. Their speeches displayed the admiration they hold for each other as players and competitors, with both men taking a moment to appreciate the recent devastation that Australia has endured.

On the woman’s end of the court the Saturday night final saw 21-year-old American, Sofia Kenin, (the youngest AO finalist since Sharapova won in 2008) take on Spain’s Garbiñe Muguruza. Muguruza, a two-time Grand Slam winner looked set to claim victory until the underdog of the match, Kenin clawed her way back onto the road to success taking out the title and marking her place as the new world No.7. The semi-final saw her defeat World No.1 Ash Barty, showing she was a force to be reckoned with.
Prior to her Grand Slam title her best result to her name was from last year’s French Open where she defeated Serena Williams to make it to the fourth round, taking her place as America’s new No.1.
Both women applauded each other’s play with Muguruza congratulating Kenin telling her, “You deserve the trophy.”

An incredible end to an incredible tournament, with players from near and far at the 2020 Australian Open continuing to astound the audience and establish never before seen records.

The Tastiest Easter Cupcakes Ever 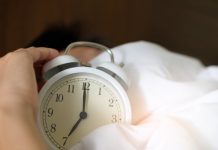