The religious views of the political few in Australia are holding the nation back from moving forward on marriage equality.

From what I learnt in high school politics, our nation’s leaders are elected to reflect the views of the people, and the people of Australia agree in majority that same-sex marriage should be legalized.

Statistics show that more than 70 per cent of Australians believe that same-sex marriage should be legalized, so why is it that whenever the opportunity arises to move forward on the issue of marriage equality, it is subsequently shut down by our country’s political few?

The proposed upcoming plebiscite will almost certainly cement the Australian people’s desire for marriage equality, however recent squabbling within the Liberal Party shows that conservative politicians within the party may choose not to abide with the outcome of the plebiscite.

If the outcome of the plebiscite does turn out to be in favor of same-sex marriage (with statistics indicating it will) and it is not followed by our representatives, than they will be denying the fundamental principle of democracy by not reflecting the people’s will.

If the Australian Government refuses to abide by the outcome of the upcoming plebiscite on marriage equality, then they will once again prove that they have fallen behind in recognizing the Australian people’s will and instead have opted to push forward their own agendas.

This will be because Australia’s conservative political few are also a bunch of behind-the-times stiffs whose religious viewpoint on marriage equality in this country is completely backward.

And how could this be in a country founded on sacrilege?

How could it be that those we have elected to represent us, the people, continually dismiss our calls for a move forward on marriage equality in a nation that is supposed to be fundamentally secular?

Religion in Australia, especially within the younger generation of Australians, is not prevalent.

What is prevalent within the younger group of Australians is a forward-thinking entity who is progressively becoming further disenchanted and isolated from those who have been elected to represent not only them, but also the rest of the nation.

If our politicians refuse to abide by the plebiscite, which they have already stated they will do, then a nation already disillusioned with our representatives (i.e. constant backtracking on promises and regular switches of Prime Minsters and cabinet reshuffles) will be in uproar.

So my question to the stiffs in the Liberal Party is this: why would you want to risk further disillusion of the Australian people by refusing to follow our democratic right to majority rule?

You have already dragged yourselves through the mud time and time again, embarrassing a nation on major international issues with your outdated views on carbon emissions, human rights policy, and racist agenda – why further distance yourself from the Australian people due to your outdated ideals on the sacrament of marriage.

A message to the conservatives in Parliament: Australia is not a homogenously religious nation and certainly not homogenous to the beliefs of one religion.

Statistics show 53 per cent of people in this country who identify with religion are not against marriage equality. These are decent people whose personal experiences override any religious standing on the matter.

It is time for the politicians of the Federal Government to put aside their own personal beliefs in favor of representing the will of the people, and in doing so will make a massive statement to the world that we down here in Australia are in fact a forward-thinking, liberal democracy. 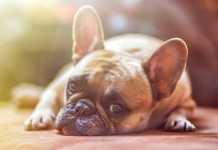 Is Cruelty-Free the Future for the Beauty Industry? 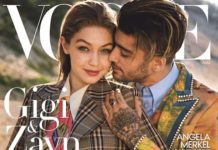 Vogue Experiencing Backlash For Cover With Zayn and Gigi 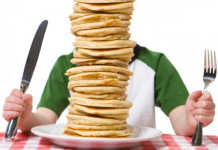 What’s a Portion Size and How Do I Find It?

K-pop for Beginners: The 3 Groups you Need to Know

Australia Post Adds Thousands of Jobs to the Market