Former Harry Potter actress, Emma Watson, has won MTV’s first gender-neutral acting award for her role in the 2017 Beauty and the Beast remake and beat fellow Best Performance in a Movie nominees James McAvoy and Hugh Jackman, who each appeared in Split and Logan respectively, with Jackman also nominated in the Best Duo category with Logan co-star Dafne Keen.

Upon accepting her award on May 7, which was presented to her by Orange Is The New Black actress Asia Kate Dillon, who identifies herself as non-binary, said, “The first acting award… that doesn’t separate nominees based on their sex says something about how we perceive the human experience”.

“MTV’s move to create a genderless award for acting will mean something different to everyone”, Watson continued, “But to me it indicates that acting is about the ability to put yourself in someone else’s shoes and that doesn’t need to be separated into two different categories”.

“Empathy and the ability to use your imagination should have no limits. This is very meaningful to me”.

While Watson’s win garnered her a fair amount of support, with MTV tweeting, “Thank you for your beautiful Best Actor in a Movie acceptance speech at the ‪#MTVAwards, ‪@EmmaWatson”– @MTV

Others were not so supportive, with some saying, “‪@ITVLorraine‪ you are so right Emma Watson is very annoying,PC gone absolutely crazy”– @Lorraine1935

“‪@reallorraine‪ hit the nail on the head @EmmaWatson is annoying!! Worse things to be worried about right now than gender in awards”– @rubyeyelashes

And “Stop pretending “gender-neutral” awards are progressive. As long as sexism exists, “gender neutrality” is a myth.”– @Passie_Kracht

But positive and negative feedback aside, including the idea that “gender-neutral awards” be scrapped, this is not the first time a gender-neutral award has been given out as the Grammy Awards dropped their gender specific categories in 2011, and things seem to be going well there.

Beauty and the Beast also won Movie of the Year, with director Bill Condon saying when accepting the award, “Thank you to the audience who embraced this movie so much but especially to the women because women are proving that they are a huge and powerful audience and that’s going to change the movie business”. 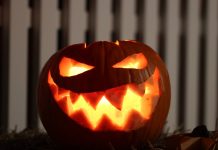 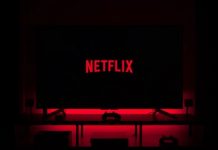