Shashi Tharoor nearly became the UN’s secretary general in 2006 but lost by 2 votes to Ban-Kin Moon. He also held the posts of Minister for External Affairs and Human Resource Development in India. Tharoor is an exceptional spokesperson and diplomat but his brilliance lies in his ability to tell stories. Tharoor took his audience on a journey that educated and shocked through a mixture of statistics, quotations and anecdotes.

At present, the Hindu caste system is rigid and immovable. At the top of the system are the Brahmins and at the bottom are the “untouchables”. Though a caste system existed before British rule, it had a great deal of “movement and flexibility”. After the British arrived, they “fossilized” it to continue their stronghold over the Indian sub-continent.

Indians are notorious for their complacent bureaucracy. Who did they learn it from? Well, the British rulers of course. Tharoor cited the British mentality of “never put off till tomorrow what may be done the day after tomorrow”.

India played a part in both of the Great Wars. Unfortunately, their contribution goes unrecognised in history classes, historical re-enactments and Hollywood blockbusters. Tharoor claimed that 75,000 Indian soldiers died in the First World War. Upon being diverted to Belgium, they gained a victory at the Battle of Ypres in 1914. Similarly, in the Second World War, Indian taxpayers funded the British military. On top of this India provided labour, food, animals and other goods. The Maharajas also made generous donations to the British cause. Indeed, Gandhi encouraged this, as independence had been promised upon the war’s conclusion.

Tharoor’s critics cite the English Language, democracy, infrastructure and transport systems as positive contributions by Britain to India. Tharoor explained that the so-called English legacy all contributed to British interest rather than to the general Indian public.

Tharoor asks the British to end their “historical amnesia” and to see the “reality”. He encourages colonial history to be taught and cites the absence of a colonial museum that informs the public of Britain’s colonial past. Moreover, there is no commemoration of the part India contribution the Second World War. Instead, there are statues of animals in Central London.

Finally Tharoor addressed the Indian elite that have an undying loyalty to Britain. One audience member cited his grandfather, an old railmaster, as having a “nostalgia for the British past”. Tharoor mentioned the Indian elite that are highly educated (from Oxford and Cambridge), had apartments in London and enjoyed British summers. He labelled this, the “colonisation of the mind”. This is a danger that is still deeply rooted in many ex-colonies.

Check the Melbourne Writers Festival website to learn more about the events they hold. 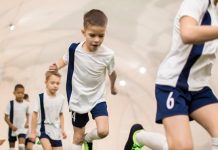 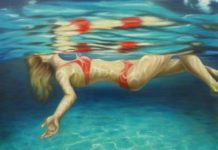 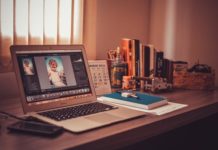 Authors who Were Unhappy With Film Versions of Books