The world is split up into three camps when it comes to Halloween:

If you’re one of the first two, I want to have a little chat about handy hints when it comes to deciding on your costume. And yes, even if you have already organised what you’re wearing, use these hints to make needed alterations.

IF YOU’RE WHITE, DON’T DRESS AS A POC

It’s really that simple. I don’t know why every year someone (usually a sports person) thinks it’s a super good idea to rub shoe polish on his or her face and pretend to be Kanye West. It’s not funny. It’s not clever. You might as well dress as an ignorant douchebag, it would save us all a lot of time and ‘think pieces’.

DON’T DRESS AS A PERSON WITH A DISABILITY

A wheelchair isn’t an accessory. Don’t use it in the same way you’d use vampire teeth or a wig. We’ve all seen the countless horror films that show people who are disfigured, or blind, or with a permanent limp turning out to be a serial killer. Seriously, our culture tells us that a person who looks ‘different’ or whose body functions differently is a monster. Maybe don’t add to that.

It’s really that simple to have a good time. And you get the added bonus of not being slammed all over the internet for being an idiot. 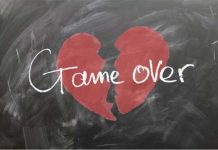