There’s nothing like sticky floors, greasy food, and a slight case of tinnitus. I know, I know. We can’t go out right now. That doesn’t mean we can’t appreciate the array of spectacular venues Melbourne has to offer, however.

Time to reminisce. Here’s a list of my favourite places in the northern suburbs to grab a drink (or few).

Back in the days I frequented Brunswick working at a well-known op-shop, it was a tradition to end our Saturday shift at The Retreat. I still don’t know whether I love the place for its cheap beer or the embarrassing memories that came along with it, but either way, you can’t visit Brunswick and not stop in. Pro tip: Aim for the beer garden.

Not many people know this one, but it gets an honourable mention (and not just for the awesome song it’s named after). This place is cosy – the perfect spot for a first date or a small group of friends.

You can’t visit High Street and not dream of the NSC, which has been around since 1894. Besides hosting all your fave international acts, your tastebuds will also be satisfied with what can only be described as the best pub grub around.

As St. Georges Road reaches its terminus, you might come across a quaint little bar just past Edinburgh Gardens. If your idea of a night out includes witty colloquy and a nice bottle of red, you’ve come to the right place.

Head a little further down to Brunswick Street and you will find The Workers Club – a.k.a. Workers – the only place where a Monday night is as busy as a Saturday. Yep, you heard me. (Fine, but just go on a Monday once. You won’t be disappointed).

This cosy pub only became a potential spot to hang in the last year or so, and my friends dearly regret all the years we missed out. With two-stories of live music, good food, and a welcoming atmosphere, it’s easy to get lost amongst the mellow energy (or is that the wine? Probably the wine).

I’ve only been to The Night Cat once – that being the last night out I ever had (yikes!) so naturally, it deserves a mention. Despite being surrounded by good company, I also appreciated the flamenco-esque band that was playing. The large dancefloor also encourages people to exit the area once I bust out my moves. It’s a win-win.

Until then, I’ll be spending my nights at home – wistfully longing for the warm embrace of my northside bars. 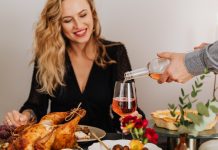