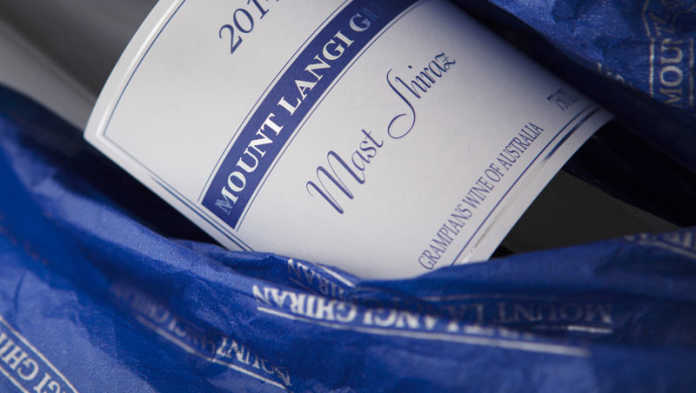 Iconic for their cool-climate Shiraz, Mount Langi Ghiran have delighted consumers once again with the release of their latest vintage of Mast Shiraz; a complex wine dedicated to the legacy of winemaker Trevor Mast. The stunning and reputable vineyard has pleased crowds nation and world-wide, since the late 90’s

Trevor Mast, an internationally acclaimed winemaker, contributed to Mount Langi Ghiran for nearly 20 years, establishing himself and the winery as producers of superior quality batches.

Trevor studied winemaking and viticulture at the regarded teaching institute Geisenheim in Germany, which was followed by working as a winemaker across Europe and South Africa, before he settled back in Victoria.

Unfortunately, Trevor passed away in 2012 after a battle with Alzheimer’s. And in tribute to his efforts and all that he had brought to Mount Langi Ghiran, the team agreed to produce a Shiraz dedicated to the cool-climate wine expert’s legacy.

Trevor’s exceptional winemaking skills have been sorely missed, and his love for cool climate Shiraz the primary reason behind creating the rich Mast Shiraz that has seen so much success since its inaugural release. The winemakers today aim to maintain the quality, skill and finesse of Trevor in all their products.

The Mast Shiraz showcases Trevor’s favourite block, House Block 4, known to be typically the coolest on the property and cool climate plays a critical role in producing the distinctive flavours of Mount Langi Ghiran wines Indeed because of this berry ripening is slow, grapes retain excellent acid levels and produce the intense fruit flavours for which the Langi wines are known.

The 2014 Vintage has a complex structure to it, flaunting the flavours of HB4’s red, black and blue fruits, as well as notable infused spices.

While it still is a young wine, the Mast Shiraz will only be better with age. Drink it now and enjoy the finesse, or keep it in the cellar and leave it to mature superbly. Both will leave you with just as intricate and just as striking an indulgence.

Australian wine critic, Campbell Mattinson, had plenty of praise for the third release, scoring the wine a 96, and proving the Vintage has still maintained its quality.

“Everything about the wine says finesse. The flow of fruit, the weave of fine-grained tannin, the spice, the hint of undergrowth, the juicy length.” Mattinson is only the first of many to welcome the superior Shiraz.

For those eager to discover a wine bursting with complexity and depth, the Mast Shiraz is the clear choice. But, it’s quick to sell. Only 177 dozen were produced this season, with club members having already secured a number of bottles. Get yourself a bottle now before they’re sold out!

Make sure to check out the website and subscribe to their newsletter to know when the next Vintage will be released.