You recently deleted Tinder for the 20th time and decided to give up on online dating (again). We’ve all been there, the frustration is real. But what if I told you 2017 has some hope in store for us?

Meet AirDates, the world’s first in-flight dating app that will make your travel experiences that much more exciting and less lonely than you expect. The purpose of the app is fairly simple: to find a cutie to talk to during your flight and discuss plane food or funny trivia about your destination for the length of your trip. Romance can spark pretty easily when there are hardly any distractions around.

The best part? There’s no need for internet connection. In fact, the app will use multipeer Wi-Fi between smartphones, eliminating the need to use the aircraft’s internet network.

Users are simply required to log in through Facebook and specify what they’re looking for, including the kind of people they want to meet and when, as well as the kind of benefits they’re after, such as a shared cab ride from the airport or a long-term relationship. That way you don’t have to make the effort of engaging in small talk only to find out that he’s not interested in anything lasting longer than a Drake song and a quick shower.

You will be able to check in at airports and browse the surrounding are to see whether there are any potential plane dates and then invite them to chat. “Airports are always full of nice people and happenings […] The magic is broken, once you realise that you are sitting on the other side of the aircraft’” reads the app description on the Apple’s App Store. “With AirDates app the magic stays with you on board, allowin you to continue your chat with no internet connection … Irrelevant of the flight duration, you can get to know each other, start to share ideas and maybe even share more than a cab at destination… “.

As for safety, the AirDates chief executive Michael Richard said the app “will eliminate any danger I can think of,” as planes are actually “the safest place to have a date”.

Users will be able to give as many or as little details about themselves as they wish and will also be able to block anyone they feel intimidated by. Furthermore, the company is also working on the possibility of allowing women to initiate conversation so as to avoid unwanted attention.

AirDates is still in its beta stage and is said to launch in February 2017. Whether the app will allow you to find a date to introduce to your nosy relatives on your way back home for a family reunion, we’ll have to wait and see. 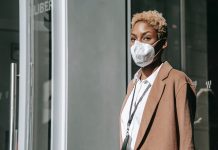