A 24-minute video has been released of Michelle Obama’s closing argument ahead of the 2020 US Presidential election. The video sees the former first lady criticising President Donald Trump’s leadership over the past four years, in particular his response to the coronavirus pandemic as well as his response to nationwide racial injustice protests.

Regarding the impact of the global coronavirus pandemic on the United States, Obama says, “It’s painful to think that months into this crisis, this is still where we are with no clear plan, no peace of mind and the worst part is it didn’t have to be like this. Look around the world. So many other countries aren’t experiencing this level of extended suffering and uncertainty. These countries were hit by the same viruses we were. They have the same kind of resources to contain it as we did, but what they didn’t have to contend with was this president. A man who had every resource at his disposal, the finest medical experts, our best intelligence, and yet ignored all the advice and failed to produce a plan to provide enough tests for worried families or protective equipment for our healthcare workers.”

Addressing the Trump administration’s response to the Black Lives Matter demonstrations, Obama says, “They’re stoking fears about Black and Brown Americans, lying about how minorities will destroy the suburbs, whipping up violence and intimidation and they’re pinning it all on what’s been an overwhelmingly peaceful movement for racial solidarity. It’s true, research backs it up. Only a tiny fraction of demonstrations have had any violence at all.”

“Thankfully, we have the chance to elect a president who can meet this moment, a leader who has the character and the experience to put an end to this chaos, start solving these problems and help lighten the load for families all across the country and that leader is Joe Biden,” Obama says, showing her support for the Democratic candidate. “This is the kind of leader our nation deserves, a leader who is tested and ready to dive right in, a leader who will lock arms with his terrific running mate, Kamala Harris, and bring us out of this downward spiral. A leader who will help heal this nation, and instead of tearing people apart, he will bring people together. It’s a simple choice, really. A chance for a fresh start or four more years of this.”

The video targets a wide audience of Americans and Obama takes a moment to appeal to white voters by saying, “Imagine how it feels to have suspicion cast on you from the day you were born, simply because of the hue of your skin, to walk around your own country scared that someone’s unjustified fear of you could put you in harm’s way, terrified of what four more years of this kind of division might mean for the safety of you and those you love.”

Urging Americans to vote, Obama says, “In the face of all of the frustration and alienation I’ve experienced throughout my life, never once have I considered not voting as a viable option. Not once have I thought about foregoing a right and privilege that so many before me fought and died for. Not once have I let someone else’s ignorance and hatred keep me from doing my duty as a citizen, because I know we don’t have the luxury to assume that things are going to turn out okay.”

“Racism, fear, division, these are powerful weapons and they can destroy this nation if we don’t deal with them head on. So, I want to ask every single American, no matter what party you normally vote for, to please take a moment to pause. Click off the news. Think about how you felt over these last four years, how quickly things have turned and then think about what next four years could mean for our country’s future, the message we will send to our children about who we are and what we truly value.”

Watch the full video below. 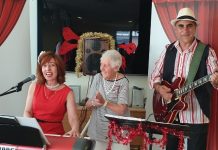 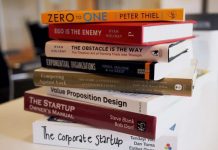 5 Books you Must Read if You’re Looking to Become Your own CEO.