Women are asking why it’s always their responsibility to implement long-term safe sex methods and when are better male contraception methods going to be funded? Well ladies, things are now about to change, apparently…

Most recent research has come up with an injectable combination hormonal contraceptive, for men that go beyond the current methods, which are limited to withdrawal, condoms and sterilization.

According to a controversial study showing the efficacy of the male contraceptive in, The Journal of Clinical Endocrinology and Metabolism, participants were given an injection of the hormones testosterone and progestogen every eight weeks.

The study tested the effectiveness of this approach over a 12-month period, while monitoring the health of participants. However, this study ended early due to questions about the risks of possible side effects.

This so-called “safe and reversible” method of male contraception, suppresses the pituitary gland and drops sperm counts to zero, or close to zero.

It is controversial because of the side effects that participants experienced, (including, mood changes, depression, pain at the injection site, and increased libido), which were said to have outweighed the potential benefits and in the end, stopped the continuation of the study.

Not only that but the question arises, what would a male contraceptive mean for the safely and prevention of sexually transmitted infections? There are arguments that state that, if men rely on a readily available, long-term, reversible contraceptive, they will ditch the condom, which will cause an outbreak of STI’s.

One alarming disadvantage of the hormonal medication methods of contraception for men, stated in Better Health Channel, included the fact that one in 25 men will continue to make a small number of sperm after the injection.

But don’t fret yet people; while this method has been trialed in Australia, there is currently no plan for the method to be made available to the public at this stage. It seems that at the moment, a male contraceptive injection will just do more harm than good.

That’s not to say that a long-term male contraceptive won’t be on the cards in the near future. 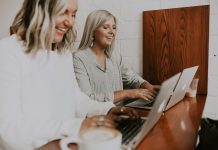 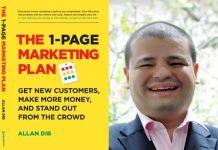