It’s that time of year again: the Met Gala. Officially, the Gala is the Metropolitan Museum of Art Costume Institute’s benefit, an extravaganza held the first Monday in May to raise money for the Costume Institute. This major Monday night’s festivities in New York has been called many other names, including “the party of the year,” as well as, “the Oscars of the East Coast,” mainly because stars from the industry pose on the grand entrance stairs to the museum.

This year, the exhibit is “Manus x Machina: Fashion in an Age of Technology” and the hosts are Anna Wintour, chairwoman of the gala; Jonathan Ive, chief design officer of Apple; Taylor Swift; and Idris Elba.

The Conditions of Attending Met Gala

Tickets this year are $30,000 apiece, and tables are $275,000. The party and exhibit are sponsored by Apple this year. Unlike other cultural fund-raisers, like the New York City Ballet Gala, the Met Gala is invitation-only, and there is a waiting list to get on the invitation list. Qualifications for inclusion have to do with buzz and achievement (and beauty) more than money. Ms Wintour has final say over every invitation and attendee, which means that even if a brand buys a table, it cannot choose everyone who sits at its table: the brand must clear it with her and Vogue.

Best Dressed Guest of the Night

Have we all seen Claire Danes in Zac Posen? A delicate, powder-blue confection, the voluminous gown gave Danes the look of a Disney princess under the bright lights of the red carpet. Danes and the designer, Zac Posen, perfectly interpreted the event’s themes of futuristic technology-incorporated fashion.

“There was a calm and serenity and gentleness to the overall exhibition that I thought provided a wonderful context to actually consider and think about the pieces that constituted the show,” Ms Wintour says.

Perhaps the show’s centerpiece was a Chanel haute couture gown from the Autumn/Winter 2014-2015 collection. The gown, molded out of scuba knit, was dramatically accessorized by an embroidered train, its baroque design first sketched by hand then tinkered with on a computer to give it the look of pixelation. The pattern was then hand-painted with gold metallic pigment, then transfer-printed with rhinestones. Finally, pearls and gemstones were hand-embroidered onto the fabric. A blown-up, digitised version of the final result – which took 450 hours to complete the masterpiece is pictured below.

Manus x Machina opens to the public this week and closes on August 14th. 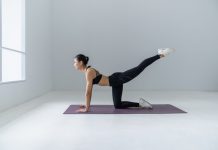 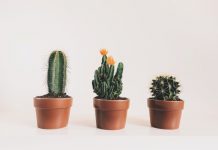 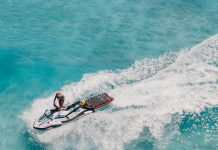