Novak Djokovic has had a marvellous career. The current world number 1, winner of 16 grand slams and a member of the ‘Big Three’ in men’s tennis. The Serbian is catching up to Nadal (18) and Federer (20) on 16 grand slams. By the time his career finishes, many say he will have more grand slams than Nadal and Federer.

Despite the success, Djokovic isn’t as appreciated as the other two. During the 2019 Wimbledon final, the crowd booed whenever Djokovic won a point. Cheers of “Roger” echoed through the whole stadium. Boris Beckerrevealed Djokovic used to get bothered by the lack of appreciation he receives compared to Federer and Nadal. John McEnroebelieves Djokovic knows he will never be as popular as Federer and Nadal, but uses this to his advantage.

When Djokovic was younger, he was too confident for the public’s liking. Nick Kyrigoshas said Djokovic “has a sick obsession with wanting to be liked” and blasted his “cringeworthy” post-match celebrations. Despite this, it is important to acknowledge Federer was seen to be too arrogant as a younger player, but now the public adores him.

Is it because Djokovic sometimes baits the crowd with “shhh” from time to time? Does determination come with a price? Beckerhas said, “He came into the party that was the Roger and Rafa party and he became the party pooper”. Is it because he ruined the intense rivalry between Federer and Nadal?

Perhaps it will be when Federer and Nadal retire is when Djokovic becomes fully appreciated by the public. Djokovic has the potential to become one of the most successful tennis players ever.

What do you think? 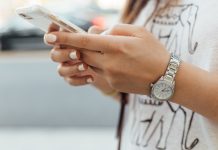 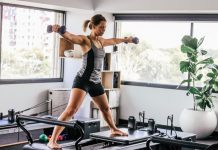