According to new research, Australia’s youth are drinking and smoking 50 per cent less than youth a decade ago.

Over a (very fitting) period of 18 years, more than 124,440 people aged 14 to 79 were surveyed to analyse how many VBs and vodka cruisers young Aussies were smashing.

Led by Dr Michael Livingston from the Centre for Alcohol Policy Research at Melbourne’s La Trobe University, the study showed that Australians teenagers and young adults were drinking much less than previous generations. In fact, about half as much alcohol is being consumed by teenagers now than it was 10 years ago.

But it’s not just booze. Illicit drug use was also significantly reduced among teenagers and young adults, suggesting that Australia’s youth aren’t just switching from one vice to another – they’re actually forgoing vices substances altogether.

For young people, alcohol often goes hand in hand with socialising, and indulging in a bit of your social lubricant of choice is a tradition heavily ingrained in Australian culture. So what has prompted this significant social shift to stay sober?

Put simply, the reason why young people are drinking less still remains unclear. But it has been suggested that the rise of technology, and consequent shift in how young people are socialising, could be a contributor.

“My favourite theory of the many is that it is something to do with the way interaction has changed,” Dr Livingston said.

“This is a cohort of young people who have grown up embedded in online interactions … the way they’re meeting each other, the way they interact with each other is quite different to previous generations. 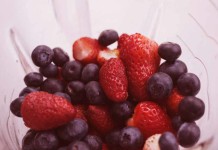