As is tradition, we gave a warm welcome to the 2019 with the Australian Open, showcasing an exciting burst of sports and culture. Being the first Grand Slam of the calendar year, all eyes are on Melbourne to see how the legends of tennis play in the blistering heat, and which rising stars will remain on the radar. And day five provided us with the perfect mixture of both tales: 17-time Grand Slam champion Rafael Nadal versus budding local star Alex de Minaur.

Although de Minaur rallied with some hard hits and clenching occasional victory, he was no match for the triumphant Nadal, ultimately defeated in three sets: 6-1 6-2 6-4, placing Nadal in the fourth round.

Nevertheless, in true Aussie spirit, the jubilant crowd backed de Minaur through and through, cheering for the underdog as he grasped on to fight until the end. The 19-year old, ranked 25th in the world, is the second youngest player currently in the top 100, with a bright future ahead.

Despite Nadal’s commanding strength and persistence, de Minaur’s light feet and agility show signs of an illustrious career ahead. Commenting on de Minaur’s pace, Nadal mentioned, “I know he’s dangerous. He’s super quick. He likes to go inside the court fast. I tried to not give him many chances on that.”

Of course, the Australian Open is no longer just about tennis, it is an event buzzing with cuisine and entertainment. Bustling with food trucks, from modern Mexican extraordinaire Mamasita and punch-packing grill masters Huxtaburger, to the ultimate stand dedicated to the true Aussie battler, Vegemite, there is no shortage of options on the courts nor in the kitchen.

So whether you are a fan of tennis, food and wine, or just want to experience the buzzing atmosphere, come on down and check out all the action that the 2019 Australian Open has to offer. Grab yourself a day-pass and bring the family along for an exciting ride. 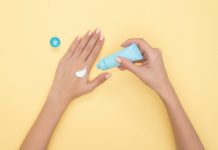 Why you Need to Start Wearing Sunscreen Every Day