There are some interactions with the police that are just not fun, like getting pulled over, being interrogated, and getting arrested.

Well, for a man in the US, the last example did happen to him, as he was arrested for having an outstanding fifth-degree controlled substance warrant and, upon his arrest, asked his arresting officer, Deputy Mike Vai from the Dakota County Sheriff’s Office, to reach into his front pocket to retrieve a… get-out-of-jail free card from Monopoly.

Unfortunately, this did not work for him, as Deputy Vai later told CBS News that he ‘thought he was pointing out a controlled substance in his pocket or a “dirty tissue”’.

“It was probably one of the things I will remember most throughout my whole career. I had a good laugh about the whole thing. I feel like it’s something I would try to do”.

Furthermore, upon arresting the suspect, who had said “yeah, I’ve been carrying it on me ever since I found out there was a warrant — just in case”, said, “I told him, like, ‘God, I want to let you go so bad”.

Deputy Vai’s employers also posted a picture of the card on their Facebook page and said, “We appreciate the humor! Deputy Vai arrested a gentleman this weekend on an outstanding warrant. He carried this Monopoly card just in case. “A” for effort!

The man remained arrested, but was allowed to keep his get-out-of jail free card and, who knows, maybe he’ll get to use one day? Haaaa, just kidding! That would never work, right? Maybe we should consult a lawyer— just in case! 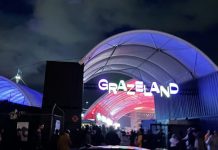 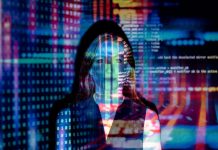 Why Robots Won’t be Taking Over our Jobs Just Yet

Podcasts for the Commute, Gym and YES – Lockdown