The prank video was uploaded to the YouTube channel “DaddyOFive” and portrayed the couple Mike and Heather Martin pouring invisible ink onto their carpet before accusing their children of causing the fake spill.

By the end of the video the distraught children were in tears, as their parents having excessively yelled and cursed at them, before revealing that it was all a joke.

The controversial video received mixed results from audiences, however most took to social media to voice their disbelief and horror at what they had witnessed. Many viewers claiming that Mike and Heather Martin had verbally and emotionally abused their children.

WW3 is starting and all haters can talk about is my invisible ink video lmao! Btw the kids think it’s Hilarious

This was not the first “pranking” video the pair had made targeting their children and posted on their YouTube channel, however the videos have since been removed after the outrage the “INVISIBLE INK PRANK (EPIC FREAKOUT)” video received from viewers.

The pranking parents eventually went on to apologize, posting a video informing their subscribers that the children and the family as a whole are now in counselling.

“This has been the absolute worst week of our lives and we realise we have made some terrible parenting decisions.” Heather Martin said in their most recent upload, a video entitled “DaddyOFive Founders Issue Public Apology”.

Only recently has it been announced that two of the YouTuber’s five children have been removed from their custody and are currently in the care of their biological mother.

The original video that sparked public outcry “INVISIBLE INK PRANK (EPIC FREAKOUT)” has since been removed from YouTube. 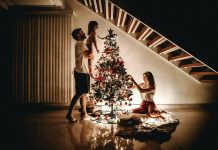 How to Easily Add Christmas Cheer To Your Home 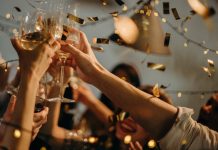