The last installment of the James Bond franchise, Skyfall, was critically acclaimed to be in the top 3 best Bond movies ever made. On the heels of those accolades, the twenty-fourth installment of the longest running movie franchise in cinematic history is a tough ask for Sam Mendes and the Eon Production team. We all knew this was going to be quite the challenge for Sam Mendes and team.

With the largest budget that any Bond movie has ever had, Spectre was able to wow us with quality special effects through the fight scenes and car chases characteristic of the best action franchise of all time. It was incredible to watch James Bond (played by Daniel Craig) in a race through the streets of Rome, with his Aston Martin crashing into the Tiber River.

While some of the storyline elements may have missed the plot when compared to previous Bonds such as Skyfall and Casino Royale, the critique of casting choices in Spectre has been largely positive. Daniel Craig as James Bond manages to create multiple facets to the Bond character, something sorely lacking in the earliest incarnations of the misogynist super spy. The emotional pain that Bond has carried over from Skyfall, refreshingly recurs throughout Spectre.

Lea Seydoux as Dr. Madeline Swann, plays the role of the new Bond girl extremely well, demonstrating a compelling chemistry with Daniel Craig. The emotional presence she conveys with issues of her relationship with her father (played by Jesper Christensen) and the emotional scarring portrayed through her relationship with Bond is one of the film’s biggest highlights. She brings the baggage and is no less a Bond girl for it.

Christopher Waltz playing the Bond villain, Ernst Starvo Blofied, was also a great casting call by the producers, with Waltz pacing a fine line between an evil genius and a shattered, jealous child very well. Dave Bautista also takes the role of evil henchman, Mr. Hinx, to new heights, managing to chill us with a single word of dialogue. A silent assassin was a new twist on the old evil villain monologue. We liked it.

Spectre while not the box office smash that Bond fans were hoping it would be, was still a step in the right direction for the 007 franchise. With great performances by Craig, Seydoux, and Waltz, and Ralph Fiennes as the new M, Spectre is not only worth the watch, but has us tentatively hoping for even better Bond films in the future. 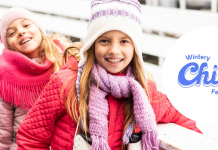 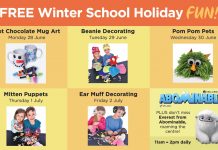 Simple Tips to Help you Look Your Best