Australasia’s biggest craft beer festival, Good Beer Week is back again in 2019, taking place for nine days from 10th to 19th May. Over 250 events will take place throughout Melbourne and regional Victoria letting the good times roll with a host of new events full of live music, games, competitions, brewing and most importantly – the country’s finest food and craft beer.

The full Good Beer Week 2019 program goes live online on Friday 15th March with tickets going on sale on Monday 18thMarch. For now, Good Beer Week is happy to preview some events that will need to be snapped up quickly.

The Foodie stream welcomes an assortment of enticing new venues including The Windsor Hotel Ballroom for Good Beer Week’s annual sell-out degustation, Mega Dega VII. For a dining experience a little left of centre, Two Birds Brewing has teamed with Dans Le Noir for Dinner in the Dark, where guests will entrust their senses with a beer paired dinner in complete darkness.

Chin Chin has returned to the program for a special event with Moon Dog Brewery in the new event space above the Flinders Lane institution. While enjoying an epic feast, watch the team brew a one-of-a-kind barrel aged beer, which will be sent to your doorstep once it is ready – the gift that keeps on giving.

Events in the west have grown exponentially in 2019 with new things happening across every stream in the program. Recently opened fine dining restaurant Navi will team-up with Footscray brewery Hop Nation for a five- course degustation by chef Julian Hills matched with beer including a new collaboration brew by both venues.

Footscray’s favourite Vietnamese eatery Sapa Hills is also new to the program, while west-side favourites like Up in Smoke, Bad Love Club and Seddon’s Luxsmith are back again. Got a dog? Bring them along for a day of brewing at Hop Nation, it’ll be pawsome.

Cans and Bands on the Farm at Collingwood Children’s Farm is back for the fourth time with a three-band line-up including Melbourne’s Loose Tooth and plenty of cold tins by Mountain Goat. Put on your favourite sequins and party boots at Beer for Queers at The Fox Hotel with specially brewed beers and performances by Weird Alice, Dazza and Keif, and tunes from Cupids Cut.

Like a bit of competition? Two Birds Brewing will host The Great Dodgeball Slam at their Spotswood brewery, a 16-team tournament for the ages while Colonial Brewing Co. Public Bar will host a free basketball showdown for teams of 3 to win a year’s worth of their beer – see you on the court.

Boilerplate
Good Beer Week, the biggest beer festival in the Southern Hemisphere, is an independent and not-for-profit festival that celebrates and promotes the renaissance that craft beer is enjoying globally. Since the festival’s inception in

2011, its central aim is to promote good beer and the community and culture that surround it. 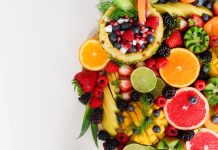 Is Fruit Actually Good for you? Here’s What Science Tells us

What’s In And What’s Out, The Shows That Are Leaving Netflix...

Shaping The Leaders Of Tomorrow: Here’s How Karolina Carrera Can Help...