The Handmaid’s Tale has made waves across the world, and now that it’s arrived on SBS On Demand, Australians can’t get enough, either. But if you’ve already streamed the whole series and read the novel, then we’ve got you covered. Here are four more books to satisfy your dystopian craving:

Station Eleven by Emily St. John Mandel: After a flu pandemic ravages the country, a travelling group of performers are dedicated to keeping the memories of art and culture alive. But in a world that doesn’t have time for art, it is up to these performers to try and save the world when it becomes threatened by an individual who has no faith in the power of humanity.

Children of Men by P.D. James: Set in a world where humanity has become infertile, an Oxford historian is approached by a band of revolutionaries who believe they have the solution to continuing the human race. Following the historian’s journey to protect these saviours, this book was also made into a movie in 2006, if that’s more your thing.

American War by Omar El Akkad: In the aftermath of a second Civil War in the United States, humans have all been assigned a side in a divided nation. Seen through the members of the Chestnut family, this 2017 novel is a stunning example of dystopian fiction.

Oryx & Crake by Margaret Atwood: Same author, different dystopia. In the first book of the Maddadam trilogy, we explore the world after an environmental collapse through the main character’s flashbacks. After a pharmaceutical company introduced a global pandemic, the world has declined into absolute chaos, featuring genetically engineered animals, laboratory created human-like creatures, and the constantly looming threat of total annihilation. 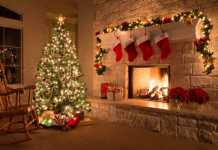