While much of the original and defining art deco features of the property have been “altered” over the CI91year life of the property, the imposing heritage listed front façade is an Albury landmark and remains largely intact. The once magnificent plaster ceilings however were not so lucky, but with the assistance of a team of great local trades people, sufficient amounts of cornice work were able to be salvaged to enable an authentic recreation of two coffered feature ceilings. Together with a terrazzo staircase, mahogany handrail and several art deco rendered walls, CIRCA have once again risen to the challenge of restoring and re-purposing a stunning 20th century property.

Living up to the expectations created by the award winning, critically acclaimed CIRCA 1936 in nearby Corowa and CIRCA 1929 in Wagga Wagga, was always going to be a big ask, but the dynamic “Designer, Director, Developer” duo of Ririn and Kevin Yaxley’s latest property has succeeded in elevating their trademark interior design features and bold concept of hotel keeping to a whole new level.

From the moment you enter via the three meter high, Barata Sena hand carved teak and glass doors that have been embellished with antique Indian door handles you will know that you have once again stepped inside a place that really is quite special: an instant sensory hit delivered by the fragrance and the background music, a friendly intimacy from the staff and an ultra-stylish quality and style that guarantees a unique experience.

Seeking inspiration once again from the year in which the property was built, Ririn discovered that 1928 was the birth year of numerous identities, including Andy Warhol and Australia’s own Pro Hart. Hence theart work and design elements that feature within the two luxurious 60m2 guest suites.

The Stanley Suite, which is all abilities compliant, is located adjacent to the newly installed vault-like elevator. In keeping with what we would expect from the 20th century’s most flamboyant artist, AndyWarhol inspired art works provide a coruscating kaleidoscope of colour and unique designs, almost demanding of a pair of Warhol’s trademark sunglasses. Lampshades by Ministry of Handmade adorn genuine 1960’s lamps, an original click-clack couch and mid-century recliner have been restored and reupholstered in typically vibrant fabrics, stained glass windows light up both the bathroom and the spacious living area, while an original portrait of Warhol himself overlooks the king size bed.

In keeping with the stunning design features contained within the CIRCA 1928 hotel suites on level One, the ground floor Lounge and retail area borders on “interior design sensory overload”. Kelly Wearstler’sStrada 2 sconce light midway up the terrazzo staircase would ordinarily be a major talking point of any project, but it is lighting artist, Ong Cen Kuang’s four cubic metre “ferousified chrysanthemum” light, suspended directly above the parquetry floored entrance that really steals the show. Individual items by Wearstler – Georg Jensen, Timbul Raharjo and Kita Bisa – Ririns own design company – embellish the stark white backdrop like stars upon the blank canvas of a night sky.

CIRCA 1928 is also one of five stops on the North East Aboriginal Art Trail (NEAART), and proudly exhibits a changing selection of art works by some of Australia’s most high profile indigenous artistsincluding Patrick Butcher and Jack Macale within the guest Lounge.

While it may be the luxurious hotel suites that lure visitors from interstate and overseas to CIRCA 1928 to experience the regions ever increasing offering of attractions, it is the five spa treatment rooms that are the jewel in the crown of this CIRCA property. A full range of spa treatments is provided as would be expected, including the much talked about range of bath treatments in the hand beaten copper bathtubs which are featured in two of the spa rooms as well as both guest suites. However, what is sure to set tongues wagging is the V Spa, housed within the former bank vault. It is there that traditional Indonesian “ratus” treatmentsare provided, exclusively for ladies, either singly or in groups of up to six.

This ancient treatment, that is also offered in various forms in cultures as diverse as Ethiopia, Korea and central America utilizes smoke from such items as cassia wood, sandalwood and multiple herbs to cleanse and purify the body, notably as a pre-wedding ritual and in some cultures for married women only. Ironically, this treatment is closelyaligned with the rituals provided with the Li’tya treatments provided at CIRCA Spa, that are inspired byAustralia’s indigenous culture, and utilize 100% Australian made products concocted from ancient indigenous recipes.

The end result is a service offering and an interior design outcome where attention to the smallest details tells not only the story of the hotel, its era and the history of the community but leads guests on an experience of discovery that delights the eyes and intrigues the mind, while at the same time gelling with the style and features of the building.

Owner Ririn Yaxley, was quoted as saying that “CIRCA 1928 aims to deliver 19th century service, 20thcentury style, 21st century facilities”. Whether it is for just an hour of pampering one-self with a spa treatment, overnighting in one of the typically luxurious CIRCA hotel suites, perusing the indigenous art works or finding a totally unique art or design piece in the retail area, CIRCA 1928 is set to welcome guests in style in regional Australia’s most stylish city – Albury NSW.

Ririn also made a point of expressing her thanks to the many parties that contributed to the CIRCA 1928project, saying that “CIRCA 1928 Albury has become a reality due to a generous grant from the NSWGovernment, the support of Destination NSW and Albury City, a team of dedicated local trades people and a trusting and far sighted landlord”.

This project is supported by NSW government Tourism and major event agency destination NSW, thru the 2018 regional tourism fund. 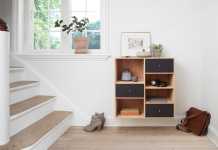