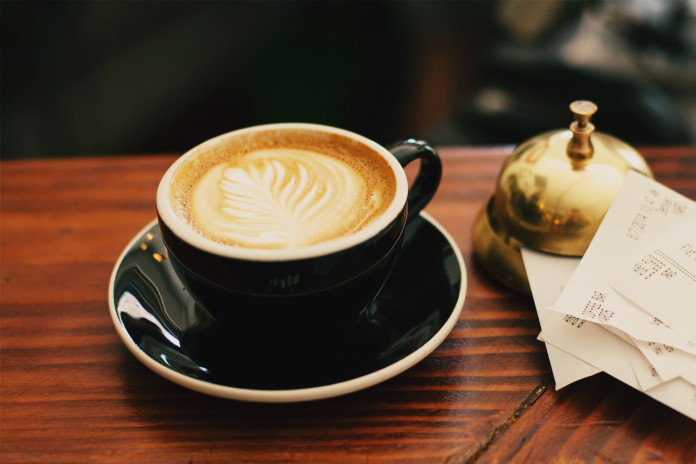 Why can’t Aussies get enough of the tasty brew?

It’s true: Australians are obsessed with producing and consuming the perfect espresso coffee with the average Australian adult drinking 9.2 cups of coffee a week. Most of us refuse to sit at our desks each morning without having consumed at least one cup, rushing to satisfy our caffeine cravings at the nearest cafe, after leaving the train station or stepping out of the car. Catching up with friends often consists of “getting coffee” and when informed of the latest café opening we’ll grill our informant about whether the coffee there is good.

Despite this nationwide addiction to a drink originating from the Arabica coffee bean plant, first discovered in Ethiopia in 1671, coffee is a relatively new addition to the Australian beverage scene. Although coffee has been grown in Australia since 1832, Italian migrants introduced espresso-style coffee to Australians during the late 1940s but certainly not with a bang.

In fact, it wasn’t until the 1990s, when coffee consumption in Australia became double the consumption of tea, that this once inter-continental beverage obsession secured itself a standing in Australian daily life. Kate Woolnough, from Drury Lane Eatery in Port Macquarie, believes that Australia was slow to take up the drinking of coffee, but has since caught up and surpassed other countries.

“We spent a lot of time trying to catch up with what was happening overseas, particularly with the U.S,” she tells The Newsroom. “I think Australia has really come into its own in recent years when it comes to food and eating out.”

American coffee chain, Starbucks, opened its first Australian café in Sydney in the year 2000. By 2008, the chain had established 84 stores nationwide. But in 2008, the chain closed 61 outlets. Why? Because the independent cafe market dominates Australia’s coffee scene, leaving little room for chain stores such as Starbucks to make an impression. Today, approximately 95 per cent of cafés in Australia are independently owned.

Jessica Barnes, from Daisy’s Milkbar in Petersham tells The Newsroom she believes independent stores are so popular because customers value the rapport established between baristas and their customers.

“I think Australians prefer independent cafes because they offer a more boutique experience and a more personal level of service when compared to chain coffee shops,” she says.

Andrew Hardjasudarma, from Room 10 in Potts Point, adds that the vibe of independent stores is different and that “people have the tendency to support small local business”.

Jessica agrees that customers enjoy a sense of familiarity and being recognised. “Small independent cafes are more likely to remember you and your coffee order as well so it’s nice when locals build relationships with the small business in their area.”

Although Starbucks did create a new coffee blend aimed to satisfy the Australian “coffee snob” palate, they failed to deliver the high-quality cup of coffee that Australians had been cultured to enjoy. Most independent cafes take the time to source better quality beans, ultimately producing a better tasting cup of coffee; a process integral to the success of the independent market.

Jai Pyne, an employee at Fleetwood Macchiato in Erskineville, agrees, saying independent stores are “able to focus on the quality of their product much more. They can take more time and inject more of their personality into decisions like what roasters they work with, the beans they use and their attention to detail.”

Due to a strong Italian influence, Italian coffee brands such as Vittoria and Lavazza are commonly served in Australia. However, Australian roasters such as Toby’s Estate and Single Origin are also popular. Toby’s Estate opened an outlet in Brooklyn’s trendy Williamsburg precinct in 2012 and six months later won the New York Coffee Guide Awards.

Australians also prioritise uniqueness. Kate describes Australia as “a down to earth nation”, saying that she thinks Australians “see through” the branding focus of chain stores. She also believes that Australians desire “the creativity, and individualism you get from a great independent cafe.”

“We have developed a unique style of dining in Australia that is experimental and brave on many levels and I think has set us apart from many nations,” says Kate. “This has given us the confidence to stand on our own and be proud of what we can do here, rather than looking outside to mimic the popularity of chains overseas.”

The taste of the cup is also valued. And we want each one to taste good.

Australians definitely love their coffee. The flavour of the nine cups we consume weekly is rigorously critiqued, but if it fulfils our expectations and satisfies our cravings, us coffee snobs are definitely happy.