The ratings season has begun; and slowly but surely, reality TV shows are once again beckoning us to the couch on weeknight, attempting to hook us onto the next eight weeks of content. How do they do it? By villainising contestants. But why do we like reality TV villains? What makes us so addicted to drama and people behaving immorally? Why do we believe that the truth is obscured in the editing process?

This kind of activity typically occurs in dating shows such as The Bachelor or Married At First Sight. Mass amounts of people flock to them for the drama so much so that My Kitchen Rulesabandoned its wholesome cooking content for rivalries and bitchy arguments.

It’s quite likely that free-to-air commercial TV is villainising ordinary people and creating drama in order to maintain ratings, which are dropping as streaming services dominate the video entertainment industry. While these acts are unethical, our consumption of it is just as terrible.

We love to hate someone. Even in real life, we bond over a shared hatred for another person or thing. Additionally, our attention span is so short that we need more than one thing to keep us entertained. When watching TV we tend to be scrolling through our phones too. So a show just about dating is boring; but throw in sub-plots of drama between the contestants and we’re hooked.

Half the time the villains do or say things that are so ridiculous and don’t happen in the real world that it makes reality TV exciting. Nobody likes the reality in reality TV, we want to escape reality when we watch it.

And the thing is, we know all of this. Everyone’s aware that the contestants work long days in poor conditions, get little sleep, asked guided questions and are often given copious amounts of booze that encourages them to act irrationally, and entertaining.

After the show ends, we stalk their Instagram, listen to interviews and realise that they’re not actually bad people. They get bombarded with hate messages or championed for their bold behaviour. We all say that when the next season rolls around we’ll be more of an active viewer yet we fall into the same trap every time. 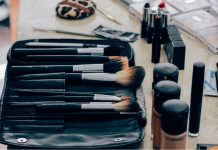