I don’t know about you, but a jump scare of a creepy doll isn’t enough to make me say, “DAMN, that was a scary movie!”. There’s something so satisfying about the way that classic cinema used to tell stories. From the sinister orchestral soundtracks, to the dramatic shadow lighting. CGI? We don’t know them. Here are five classic icons of the thriller and horror genres.

Think werewolves, but cats. Werecats? With themes of suppressed desire, fear of self and alienation displayed in a chilling manner, this film follows a young woman who is concerned that she is cursed and will turn into a large cat at any feeling of love and desire. Yikes!

Forget the corny 2005 remake! 1953 saw the iconic House of Wax come to cinemas as only the second 3D film to be released by a major studio. The film was a standout of its time, taking audiences by surprise. From Vincent Price’s gruesome makeup, to scenes of wax ‘figures’ melting, this film is chilling, despite its burning appearance.

Just when you think you’ve got this film worked out, you’ve suddenly fallen down a disorientated spiral of confusion. With an unsettling musical score to add to this anarchic narrative, you’ll often ask, who is losing their mind and who is playing mind games? Just classic Hitchcock back at it again playing with my sanity (and yours too).

Based on the 1959 novel ‘The Haunting of Hill House’ (yes this is the origins of the Netflix series), this 1963 horror cult classic took the risk by subtly touching on themes of homosexuality and mental illness. The Haunting set the bar for modern day horror plots like the Paranormal Activity film series (2007 – ), following the experiences of a group of people invited by a paranormal investigator to spend time at the alleged haunted house. So. Many. Goosebumps- and not the good kind.

(*Trigger Warning* this film touches on themes of sexual abuse) Satanic cults and conspiracies of being plotted against are just the start of the very long list of things messed up with this film. A piece of advice I took away from Rosemary’s Baby, don’t make deals with the devil- it’s really not worth it. Just leave this poor woman alone!

40 of the Worst Products to Buy at Costco 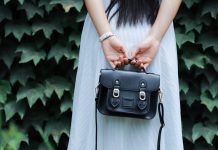 Australian-Designed Handbags that are Perfect for the Summer 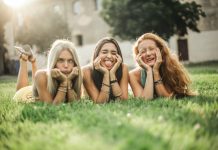 Understanding Your Temperament: The Sanguine

40 of the Worst Products to Buy at Costco

Australian-Designed Handbags that are Perfect for the Summer

Understanding Your Temperament: The Sanguine