Student loans are set to be re-paid in record time, with the Federal Government addressing the HELP repayment threshold, yesterday in the Senate.

Last year’s mini-budget saw the Federal Government announce the bid to lower the threshold of repayment from $55,874 to $44,999.

A lifetime cap was also announced, where the government will loan students a finite amount of $104,000 extended for medical and veterinary students to $150,000.

LNP Senator Ian MacDonald said the loan system is unfair to taxpayers who don’t receive higher education, “…It’s only fair that they pay it back sooner.”

Much of the support is coming from Independent senators or smaller parties who share the belief that the threshold should be dropped even lower to $30,000.

Labour and Greens are opposed to the changes, with the Leader of the Greens, Richard Di Natale saying, “This is a rigged system that young people are entering into.”

Tonight will see the debate continue. However, the bill is expected to pass this week in the Senate. 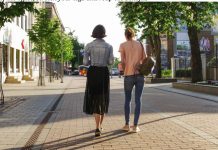 Office Job? Why you Should be Using Your Lunch Break to go for a Stroll 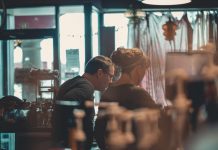 The Clothes You are Wearing are Probably not Truly Sustainable. Here’s...

Music Through Your Fingertips