Many people (myself included) are angered by this stat, yet are left frustrated and helpless, confused by how we can actually help Australia’s massive issue of homelessness beyond tossing a coin or two into a cup when walking to uni or the office.

Two young lads from Queensland, Nic Marchesi and Lucas Patchett, figured out a way to help the homeless, in a way that doesn’t patronise or offend, but invites conversation and friendship, above all else.

In September 2014, the pair decided to spruce up an old van, furnish it with a couple of washing machines and dryers, and cruise the streets of Brisbane washing the clothes of those in the area experiencing homelessness, free of charge.

The idea is the first of its kind, and is based around not only providing the homeless with a convenient service that most take for granted, but also to encourage conversation and inspire friendships that otherwise may not have been established.

The idea quickly developed, with around 270 volunteers now offering their time to Orange Sky across 36 locations around Australia, the team managing to wash around 350 loads a week.

That’s a lot of washing powder.

The pair were together awarded Young Australian of the Year in 2016, a massive achievement and fantastic publicity for the altruistic company.

In their acceptance speech, the boys spoke of their world first idea and why the initiative achieves more than just hygiene improvements.

“After 70,000 kilos of washing, over 15,000 volunteering hours across our six services across

Australia we realised it was so much more… We can restore respect, raise health standards and be a catalyst for conversation.”

Nic and Lucas are hoping to take the project overseas in the coming years, an effort that will require more funding and more volunteers.

Head to the website below to see how you can be a part of this fantastic new initiative and lend a hand to those in need who might not usually ask for it. 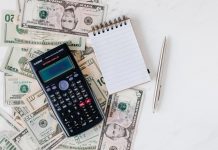 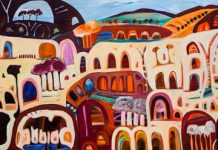