Three years ago, Australia was assigned a carbon allowance that would hopefully help alter the predicted changes in climate for the next few decades. New statistics, however, have shown that our nation is ignoring this allowance, and continues to be spending it at an alarming rate.

Before 2013, the Australian government was taking fantastic steps to help change their carbon footprint, and raise awareness to Australians all around the country. This was with the Labor party in power, however, with the shift in leaders, the carbon tax being cut and environmental concerns being left as the last priority, this environmental progression has dropped significantly.

There is no doubt the current political leaders have little interest in the concerns of environmentalism. In comparison to the Greens, Labor party and even the rest of the world, the Liberal party have fallen behind in their narrow-minded views towards the global issue. And to our dismay, it’s having an effect.

Australia’s carbon footprint and environmental conscience as of late has been far from ideal. The Liberal party’s goal for a measly 23% of energy to come from renewable sources by 2020 leaves environmentalists unimpressed. While there continues to be little priority in our carbon footprint, it seems that Australia might soon be in a state of emergency sooner than expected.

New sources have been released saying the nation is well on its way to blowing their 2013 set carbon budget. This budget indicates the allocated use of carbon set for Australia, decided by the CCA, in an attempt to avoid the predicted 2 degrees global warming. While the party may have had other things on their mind, it’s now looking like they’ll have to focus on this issue a little more. In just over 3 years, the country has already used around 20% of the allocated emissions.

From these unimpressive rates, we can only hope that the government is going to make bigger changes in their environmental goals. The nation-based renewable energy target meets only half of the targets set by state-based governments, with Queensland, South Australia and Victoria setting the highest goals (40-50% by 2025).

If you weren’t too concerned about the state of our globe, then you can, instead concern yourself with power companies paying higher taxes, causing pricier electricity for everyone. The over indulgence of our valuable resources is guaranteed require emergency action – but how long will it take for our leaders to enact a change?

At this rate, the budget is expected to reach its limit by 2031, leaving just under 20 years left to either continue using dangerous amounts of carbon gases, or to make a drastic, urgent switch to cleaner energy resources.

No one wants to watch our planet die from our own doing, so why wait until it’s too late? While we can’t expect a fast change from our government, we can still implement our own changes and minimise our carbon footprint together. 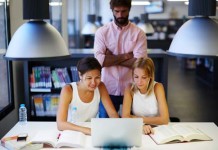