Anyone whose been struck by wanderlust is drawn towards the thrill of travel for different reasons – landmarks, culture, meeting new people. Another reason is the culinary journey.

Being from Australia, we are fortunate to have access to foods from all over the world, due to our multicultural character.  The advantage of travel is the opportunity to sample exotic flavours that different regions have to offer, many that one would not have the chance to try back home.

You broaden your horizons with the foods on offer; the tastes, the smells, the people that make the food.  At times, it feels like a sense of development.  Also, a majority of the time the food is a fraction of the price of that served at a restaurant, and even cheaper than preparing it yourself.

I’m grateful for having the chance to test some of these foreign flavours in the last few months.  Two unforgettable dishes from Central America include Caribbean stew chicken that tastes like it’s been infused with spices for days, and Baleadas, Honduras’s answer to a cross between a calzone and a burrito.

While this writing piece sounds like a self-indulgent puff piece on my journey through the Americas forging a cultural discovery through cuisine, it’s actually a story of what happens when you tread the line of safety too loosely.

The catalyst for this story doesn’t involve a roadside vendor selling a cob of corn smothered in powdered cheese and mayonnaise, or a roasted pork on a spit sandwich complete with the grease from the pig dribbling on the bun.  Rather, it was a restaurant.  It was full of locals, the only drink of choice was a sweet purple cordial made from corn, and the set menu was between 1 and 2 dollars.  Here, I would like to base my judgement on the adage “if it looks like a dog and smells like a dog…”

It was the matter of cost that my wife and I chose to dine at this fine establishment.  Using my better judgement, I chose the no-nonsense chicken fillet with rice, while she went with the house special “hamburguesa”.  The burger contained a questionable patty of meat, cheese, lettuce, mustard, tomato, cucumber and thinly sliced bits of potato.  It seemed like a novel, but safe version of the Western fast food dish.

Sadly, that meal ended up being a lot more than the pocket change she outlaid for lunch.  The costs blew out to being over 70 dollars for the medication and the bedside visit from the local English-speaking doctor that gave use the news that my wife had contracted a parasite.  She was bed-ridden for three weeks, had bad stomach cramps, bloating, dubious bowel activity and an unshakeable feeling of lethargy.

My wife still claims that the burger wasn’t the cause of her illness, it existed prior to this misjudged decision.  My opinion was akin to the straw breaking the camel’s back.

The whole ordeal has been a learning lesson.  Our quest to taste the most far-flung dishes in the world has brought us many memorable experiences and helped us capture a glimpse into the culture of the places we visit.  On the other hand, one shady decision on an extra warm day in Peru made for an unforgettable few weeks. The cliché “be careful what you wish for” can be applied here.  It helps to make us think twice about our dining decisions – for better or for worse. 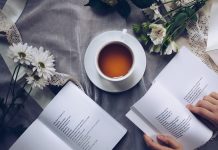 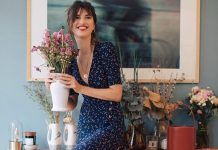 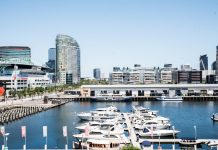