Oh Oktoberfest. You beautiful prince of a festival. I spent three magical days with you back in the September of 2015- you may not remember and I guess the copious amount of steins consumed mean that I don’t remember all that well either. But a general sense of affection was definitely established- hence my dedicating this article to you.

For anyone planning a European adventure this year, I insist you add a few nights in Munich to your itinerary so you too can experience the love that I did when embraced by the warmest of atmospheres provided by my first festival love, Oktoberfest.

Originating in 1810 in celebration of Royal Wedding of Prince Ludwig and Princess Therese, Oktoberfest has since developed into the annual celebration of beer and alcohol fuelled antics.

Sure you may think the fest is merely a bunch of larrikins dancing about in their dirndls and lederhosen, but in reality it is so much more than that. Okay so maybe not so much more but a bit more.

There are 14 enormous beer tents, each with long tables that you need to be early to nab.

Beer maids will provide your table with steins for around 10 euro each, but you will need to tip if you want to keep them on your good side and to ensure their return.

There are rollercoasters, there are food stalls (so many wieners and pretzels) there is live music, there is friendship.

Highlights of my 2015 experience include…

– Falling onto butter knives whilst dancing to Robbie Williams ‘Angels’ on tabletop- no injuries were sustained.

– My friend Josh quietly vomiting into his stein having thought it would be a good idea to eat one of the roses he bought for his friend from a stall tender.

– Being escorted out by security following a hunger inspired episode where I intoxicatingly decided it would be a marvellous idea to grab some chips off the plate of a waiter walking by on route to another table. Not to worry, I got back in to the tent by tucking my hair into my dress- who would ever know I was the same person as that chip swindling oaf?

Be sure to research and book your accommodation before heading to Munich- it is the busiest time of the year for the city with 6 million festival goers flooding the city- hotels and hostels make the most of this time by hiking up the prices substantially- if you book ahead of time you should avoid drastic rip offs. It runs from September 16 – October 3rd .

Even if you don’t like beer before you go (I didn’t), you will adore it by the festivals conclusion, with every sip of beer enjoyed after the festival transporting you back to that time of blurry beery bliss. 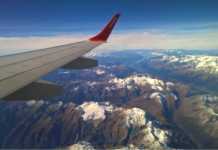 How to Move Your Life: 7 Helpful Hints for Starting Over Abroad 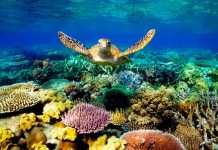