Here is something that most Melbournians won’t know: in the early 1900s, the average Toorak home was worth $120.

Since then, Australia has gone through two world wars, a number of global depressions, political changes, and economic changes, which have all shaken up the real estate pot in Melbourne. It makes sense, then, that home prices might have changed over the past century, but it can still come as quite a shock to discover that now the average property in Toorak is valued above $3,000,000. It seems that over this 100-year gap, property prices have increased by thousands of percent. But what does this mean? Does it say that there is an economic fallacy in the way that we approach our short-term investments?

Every day, we hear about economic instability, poor investments, money value dropping, and stock market failings. Naturally, without a proper education in economics, most of us immediately think the worst, associating these phrases with a crash and burn mentality. Ultimately, it is these expectations and projections that cause an actual crash, as our spending habits change and the economy can’t keep up.

Most people base their financial decisions on the opinions of other people or from what they hear in the media, but very few actually look at the historical facts. There is plenty of widely available data from numerous sources that how us how overall economic growth has actually increased after any major economic crash, and an overall growth GDP outputs. This growth has come with the greater consumption of an increasing population, and will only continue to expand alongside the world’s numbers.

Alongside the other necessities like food, fuel, and water, shelter is one of the primary necessities for any growing population. Basic economics tells us that increased consumption and demand will only serve to increase the cost of other necessities. And property, being one of the primary necessities of living in this day and age, also delivers a great investment vehicle that we can utilise in our lifetime. It isn’t just about securing a living space for ourselves, but also for giving our future generations the guarantee of a roof over their head.

Looking at the facts, you can see now how it is possible that a Toorak home could cost so little in the early 1900s, even if the price still comes as a shock. Toorak isn’t the only place that has been impacted, though: home and land in Footscray in the 1980s would sell for an average of $40,000, but the price of small apartments in the same area would now set you back over $450,000. If you make the investment now, then you will certainly have a lot to look forward to in the future. 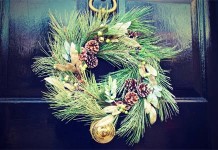 4 Holi-ways to Decorate This Christmas