At least that’s the promise, since I haven’t been there myself.

But the way the sauna works, from what I understand, is that it uses far-infrared light wave radiation, or FIR for short, which raises your body’s core temperature, which then causes an increased heart rate, relaxes the muscles, and produces a LOT of sweating. Sounds pretty good for no work at all.

And by taking part of this process, one 45-minute session is supposed to give you the same benefits of running five kilometres, burn up to 600 calories, get a similar serotonin hit from spending time in the sun, and be as relaxed from getting a massage or meditating.

But if this sounds too good to be true, and let’s face it, it sounds pretty good if it means exercising less and still lose weight, Dr. Richard Beeker, from the University of British Columbia in Canada, has researched the benefits this sauna promises, telling nine’s Coach section, “There is a mild cardiovascular work load, but not as much as running”.

Dr. Beeker also goes on to say that the 600 calories the sauna promises to burn off by spending time in their is unlikely, further saying, “That’s based on the amount of energy that is needed to evaporate the sweat from a sauna session — however most of that energy comes directly from the heat of the sauna”.

But don’t worry. He’s not here to disprove the idea entirely, as he also told Coach that there are some benefits to using the sauna, which includes improved circulation, saying, “[Infrared sauna use] seems to upregulate NOS (nitric oxide synthases) which is a strong vasodilator and a marker of vascular responsiveness,

“Saunas have been shown to increase QoL [quality of life in neurological disorders]”, he continued, “however, I am not aware of any studies that specifically measure brain serotonin pre-and post-sauna”. 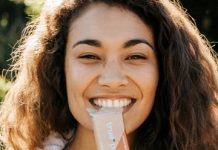