Sitting amongst the audience of an orchestra is an experience unlike any other, the sounds, vibrations, performance and pure magic experienced within the walls of an Orchestras performance is otherworldly.

For those with hearing loss or impairments, this opportunity is one that isn’t readily available, however an orchestra in Budapest are breaking down those walls and letting the sound back in.

Budapest’s Danubia Symphony Orchestra are creating a new type of performance, one that is solely aimed at the hearing impaired. This experience is much like any other performance they put on, except instead of the audience watching from the stands, they’re up front, seated amongst the musicians whilst they perform.

The one of a kind experience allows the audience to interact with the musicians, seating them in a way so that as they perform, the audience can place their hands upon the instruments to feel the vibrations of the performance pass through their very fingertips. They can also choose to sit back and watch whilst holding onto a balloon that collects the vibrations and passes them through the body. Allowing those who thought they may never hear the sounds of music again to have the magical sounds at their own touch.

It is an emotional connection to a world many thought they had lost forever, for Zsuzsanna Foldi the connection with the bass brought back memories of her childhood, “My father also had a double bass… and I did not have a hearing aid. I always put my ear on the bass and he played to me”.

The orchestra wanted to bring back the origins of these famous symphonies, with Beethoven himself having famously composed his 9th symphony when he had lost all sense of sound. It was “not a coincidence that he wrote this kind of music.”

Whilst it may not seem to be much of a difference for an orchestra to perform in this manner, for those who don’t have the experience of sound in their everyday lives, this gives them a step into a musical wonderland they had once thought gone forever. 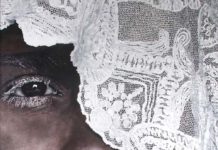