The legendary fashion magazine is once again hitting the media headlines, this time because of their newest cover models Gigi Hadid and her boyfriend Zayn Malik. After stirring up a massive storm on social media for labelling the couple as “gender fluid” after they told Vogue in their interview that they borrow each others clothes sometimes, Vogue has now released a statement apologising for misusing the term.

Readers quickly took to Twitter and other social media to voice their concerns over how they are slapping the term on what is not even considered gender fluid, using celebrities to promote it as a trend and to seem relevant instead of representing actual gender fluid individuals who experience judgement and societal shaming.

Vogue quickly realised the mistake they’d made and issued an apology on Friday.

“The story was intended to highlight the impact the gender-fluid, non-binary communities have had on fashion and culture. We are very sorry the story did not correctly reflect that spirit we missed the mark,” a Vogue spokesperson stated in statement to The Daily Beast.

“We do look forward to continuing the conversation with greater sensitivity.” 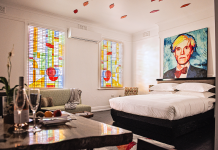 CIRCA Hotels & Spas Opens its Third Location in Regional Australia 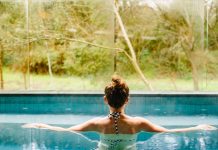