It was the morning of 31st of July and there was no rectangular prism package of the pre-ordered Harry Potter and The Cursed Child script to be found at my doorstep.

Later in the day, I stood behind my work bench at Bondi Beach, Sydney, on a mid-winter’s day taking coffee orders and serving fresh Sunday morning pastries. A customer walks in whose short brown hair is combed back, wearing a plaid shirt and beige pants, but more importantly, holding a hard cover book that is gleaming a golden border with mustard shades, with a picture of a nest held by wings – he has just purchased the Harry Potter and The Cursed Child script.

After watching, in agony, as this man read the book in front of me while sipping on his large flat white, I knew I could not wait for the hard copy anymore. I needed to rekindle with the Wizarding World as soon as muggle-y possible.

It was no surprise that millions were glued to the script within the first twenty-four hours of its release. Written by J.K. Rowling, John Tiffany, and Jack Thorne, we must take a step back and understand we are reading a play. No, there won’t be any description of platform 9¾. Yes, there will be mostly dialogue. No, we won’t be in Harry’s head. Yes again, there will be a lot of dialogue, and Jack Thorne is a fan of J.K Rowling.

The script left much to the imagination – facial and bodily features of Scorpius and Albus, the sound of their voices, Harry’s office, Harry and Ginny Potter’s house, St Oswald’s Home for Old Witches and Wizards – and if we only have access to the script, that is just our luck! The play is intended to be experienced in a theatre, soaking in the effects of lighting, stage, colours, human expression and props – that cannot be written in a script. Reading it is half the experience. The other half remains at Palace Theatre in London.

The mediums that have been filters to see J.K. Rowling’s world – from the novels, to David Yates’ directing, Watson, Rupert and Radcliffe’s interpretation of the characters, Orlando’s Harry Potter Theme Park, Pottermore, Jim Kay’s illustrations and now the play – never disappoints the kid who wanted to be like Harry so bad, that she migrated to her cupboard under the stairs. Thank you Rowling, Tiffany, and Thorne! 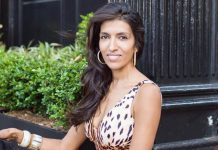 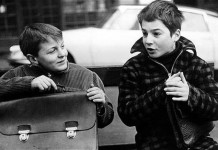