The countdown is officially on for Good Beer Week (May 10-19) with two weeks to go. From wrestling to fine dining, live music and comedy – craft beer is reimagined thanks to the innovation led by some of Australia’s most-loved breweries. As more craft beer-drinkers continue to enter the mainstream, Good Beer Week ensures that good times with craft beer are accessible to the broader community.

On Saturday 11 May, the Brunswick Velodrome will play host to the Bike ’n’ Beer Bash which will be staged as a mini festival of good beer and good times. Celebrating the humble push-bike, breweries pouring into the velodrome include Bridge Road Brewers, Bentspoke, Moo Brew, Temple Brewery, as well as the who’s who of Australia’s bike-obsessed brewing crews. Melbourne’s Curve Cycling will be hosting pre- festival rides to suit all kinds of cycling abilities, spot prizes will be dished out to stand-out cyclists, and there will be food trucks and lots of live music – ride in with mates for $10 entry.

Join Shane Delia on Monday 13 May at the iconic Queen Victoria Market in what is set to be the ‘longest lunch for beer’. A Fresh Hop Experience is a celebration of community that involves a long table feast for the senses. Shane will be firing up fine produce atop open coals in a true culinary performance not to be missed and a number of Brick Lane collaborations will also be at play. For $120, taste a limited edition fresh-hop beer brewed with Ellerslie Hops, enjoy baked goods from Baker Bleu who will use wort from the brewery, succulent beef cooked on the night is cattle fed with grain and hops sourced from the beer maker, and even beer sorbet made from Brick Lane brews.

Set to be the ultimate day out on the green, the Ultimate Beer and Golf Day sees many well-known craft breweries swap schooners for clubs in an eighteen-hole golf tournament. Teams will be a mix of budding golfers and brewers, while sampling their beers on-course. Taking place on Monday 13 May at the award- winning Eastern Golf Course of the Yarra Valley, putt alongside brewers from the likes of Stomping Ground, Young Henry’s, Akasha Brewing, Feral Brewing and more. For non-locals, a return bus will disembark from Federation Square and the social day out will include a gourmet lunch, plenty of prizes to be awarded and the unique opportunity to tee-off against industry heavyweights. Tickets are $185 a pop and golfers of all abilities are welcome.

Reach new heights with Dockland’s pop-up brewery, Urban Alley, in Brews with Views aboard the city’s iconic Melbourne Star for an exclusive tasting session. For $54, the 30-minute flight will depart at 6PM onTuesday 14 May, which includes five hand-picked tastings of Urban Alley beers that will afford spectacular skyline views during the city’s golden hour. Post-flight, ticket holders will then be able to head down to the brewery below for canapes, more beer, live entertainment and the chance to meet the brewers with like- minded beer lovers.

Tickets to remaining Good Beer Week events can be booked via https://goodbeerweek.com.au/

Boilerplate
Good Beer Week, the biggest beer festival in the Southern Hemisphere, is an independent and not-for-profit festival that celebrates and promotes the renaissance that craft beer is enjoying globally. Since the festival’s inception in 2011, its central aim is to promote good beer and the community and culture that surround it. 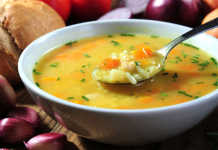 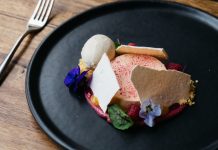 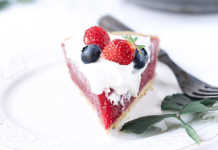 These Raspberry Cream Pies are Perfect for the Fussiest Eaters