Ed Sheeran’s Shape of You video was released yesterday and it’s already had 15 million+ views on YouTube.

But it wasn’t exactly what I thought it would be.

Instead of a steamy vid featuring a couple of young bloods having fun and the girl asking red-head Ed to “grab on my waist and put that body on me” as the songs lyrics suggest, it’s more like “we are two friends who like boxing, let’s talk about it.”

The song is sexy as hell but the vid certainly isn’t.

A friend of mine mentioned over the weekend that she can’t really see Ed as a sexual being anyway, and that she really doesn’t want to be her body on his body, so maybe she will be relieved when she sees the new sexless vid.

Check it out for yourself and see if the Jason Koenig directed video is what you thought it would be. 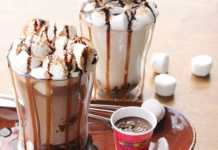