Broadchurch builds slowly giving its audience time to truly get to know each character, so by the last episode you feel like a part of the town, let in on all their secrets.

The people living in the picturesque resort town of Broadchurch, are accustomed to a quaint life set against a breathtaking backdrop.

The start of summer should see children running carefree on the cliffside beach. Instead just one child is on the beach, dead.

Quickly called to the scene are Detective Sergeant Ellie Miller and her new and unexpected partner, Alec Hardy.

After returning cheerful from a week-long holiday with family, Miller is abruptly brought back to reality with the news her promised promotion has been given to Hardy.

A grim-faced Scot surrounded by controversy over a previous botched case, Hardy is a hardened cynic, not at all charmed by the close-knit community of Broadchurch.

Hardy and Miller soon fall into a version of the “good cop, bad cop” dynamic with Miller serving as the sympathetic local, not wanting to believe anyone she knows could commit such a heinous crime.

The first season Broadchurch, named best TV show when it premiered, focuses on the ‘who-dun-it’ challenges Hardy and Miller face in the tiny town with big secrets.

No one is safe from suspicion.

Everyone from clergymen to middle-school boy, to elderly store-owners face interrogation and no leaf is left unturned.

The show unfolds like the tides on the shore of its beach, slowly treading in with clues, then crashing down all at once, drowning anyone in its path.

False accusations will end another life.

Admissions of adultery will test an already broken marriage.

And the reveal of the killer will leave you speechless.

The second season of this top-notch show sees the town of Broadchurch reeling from the repercussions of finding the murderer, and Detective Hardy’s old Sandbrook case resurfacing.

Two young girls gone missing, one found murdered the other unaccounted for, saw the almost demise of Hardy’s career. When the key piece of evidence went missing, Hardy took the fall and the case remained unsolved.

With the help of Miller, the old partners operate with the same friendly hostility and near familial loyalty to each other.

Just like the Broadchurch case, the key to uncovering the truth is always looking closer to home.

The old Sandbrook case and Broadchurch murder trial run parallel, never quite intersecting, but tying up loose ends about both on the way.

The second season brings needed closure to the Broadchurch community, though certainly not in the ways audience members might have hoped or expected.

Luckily for us, season 3 is underway. 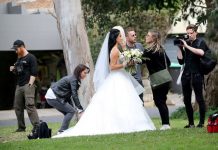 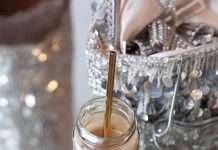