At the start of most romantic relationships, our brains release all kinds of ‘love hormones’ – adrenaline, dopamine, serotonin, oxytocin. You know the ones – they’re responsible for the butterflies, the obsessive thoughts, the sweats, the involuntary smiles, and all that other gushy stuff.

But you’ve been dating this person for a while now, and you’re starting to notice some negative changes in the levels of affection. That’s because the ‘love drugs’ have worn off and it’s time to get real.

So are these changes signalling the normal progressive course of a long-term relationship, or are they signs for you to ‘abort mission’?

You were talking to your friend the other day, who’s in the early days of dating someone new. They told you about how their SO just can’t keep their hands off them – and it wasn’t until then that you realised that isn’t entirely true for you anymore.

If you look past the colourful (and maybe somewhat embellished) memories of crazy, lust-driven escapades – you might remember that it was actually exhausting, time-consuming,and that it downright intruded on other aspects of your life.

At the other end of the spectrum, if you can’t remember the last time you or your partner were genuinely excited about showing your affection for each other, or if they’re very few and far between – you might want to think about just how attracted, or attractive, you still are to them.

You’re not spending hours planning, drafting and scheduling the texts you send to each other anymore. That’s the good news. The bad news is that there are a lot of other ways that you’ve started to make less of an effort for each other.

While it’s good to not have your legs always in a constant state of hairless perfection or your hair gelled to within an inch of its life, you should still plan special occasions with each other where you do dress to impress – they’re just a lot less frequent.

You’re probably not each other’s lives anymore, or happy to spend a whole weekend on the couch watching movies and eating yesterday’s cold tater tots off the table. At first that might seem sad, but you were definitely neglecting other major elements of your life while you were in the love bubble.

Now, you actually have time to exercise, to catch up with friends, to tidy your house, to read a book – anything other than binge-watch another TV series (your body is begging you).

It’s when you find yourself or your SO prioritising all of those things over some quality time with each other that the warning bells should be sounding. Have you come up with below average excuses to not see them six days in a row now, even though you managed to squeeze your friends in? Not good.

You never remember arguing at the start of your relationship, so now that you’re butting heads a little more, surely something must be going wrong? Relax, because it’s not. It’s not normal to agree with someone 100% of the time, and if you are, then you’re holding back – and that’s not a healthy foundation for a relationship. You might actually find you enjoy being able to discuss your different points of view and open each other’s minds.

When does the arguing start to become more than just a disagreement? If you or your SO are purposely targeting each other’s weaknesses – personal qualities, family members or friends – it’s not a good sign. There’s also a huge difference between arguing your point, and arguing any point so long as it’s the opposite of what the other is saying.

So is the love actually leaving, or is it just changing? Don’t get angry at your other half for things you miss about the honeymoon phase; it’s part of growing a stronger bond in other areas of your relationship. But you also shouldn’t be okay with accepting less love than you’re giving. If you’re having trouble listing the things you’re gaining from this anymore, it might be time to rethink it. 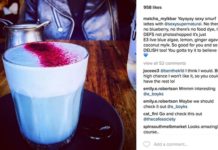