Kids of all ages will no doubt be flocking to their nearest cinema in the next few days to watch the recently released remake of the 1994 smash hit, The Lion King. While many of us will be racing to see the 2019 version, there’s a growing chorus of adults who are refusing to see the remake in case it ruins the original.

As remakes become ever-more popular on the Hollywood landscape, they also present a modern filmmaking dilemma. The history of the film can work against the remake, leaving the new version rooted in such deep nostalgia and a need to please loyal fans that it doesn’t actually stand as its own film. Much of the criticism surrounding the new Lion Kinghas centred around this, with many judging that the visually stunning reincarnation fails to reach its predecessor’s lofty heights.

It brings us to the phenomenon that is the remake and its apparent takeover of Hollywood in recent years. Our movie screens have been bombarded with remake after remake, of everything from superhero franchises to cult classics. These films have also gained an unfortunate reputation as box office flops; of the 171 movies that have been remade since 1993, a mere 31 of them have ended up grossing more than USD$100 million.So why are they still being churned out at a remarkable pace?

Despite the box office numbers, film studios do see remakes as a financially safe option. The global film market has expanded since the original was first released, meaning there is an untapped audience outside the Hollywood bubble that would find the remade film fresh and interesting. It can also mean a built-in audience exists, allowing advertising to catapult off previous exposure.

Remakes also mean ready-made material, saving studios from hiring teams of writers and editors to generate new content from the bottom up. While existing material may require a tweak, it gives studios reprieve from the time and effort required to produce a screenplay from scratch.

The modern Hollywood formula to filmmaking success – make another one instead of a new one – has been criticised as safe and stale, with a distinct lack of imagination. In the world of film, are some things better left untouched? Time, and The Lion King, might tell us. 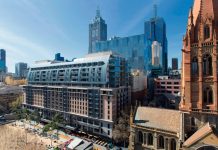