Let’s talk about the film and TV industry. It’s just the tip of the iceberg, but it seems to be one of the more widely produced and readily accessible art forms available for present mass consumption.

Let’s just outright say it: there’s been some absolutely, mind numbingly, god-awful trash spilling onto the silver screen for a while now. I’ve been sat here for the last 3.25 hours, on Spotify, listening to a playlist of over 1000 film themes and scores. It’s on shuffle mode and without even looking at the monitor for names/titles, it’s got me singing the blues, it’s put me in a funk, it’s a jam – it’s my jam, all mine, and I don’t want it.

The past 5-7 years of major motion picture composing has delivered a sizable portion of, hmmm, the word ‘banality’ springs to mind. Typical arpeggios, all too familiar percussion strikes in predictable places, the obligatory ominous near silent moment followed by a lonesome woodwind. And of course these soulless choirs singing in ancient Latin, as vague and aimless as a posterity they’re pandering too. One they’re forcing into being. It could seriously all belong to the same soundtrack. What happened, Hollywood?

But it’s not all doom and gloom. Amidst the fodder there have been some pretty stellar standouts too (which shall be left in a handy list at the bottom of this article). However, it would seem either;

(2) Producers have lit too bright a fire under the a**es of the music department, leaving ridiculous deadlines and no room to experiment.

(3) Or, surprise surprise, the composers who are putting themselves on the line just aren’t getting a proper shot or even the credit when they do get utilised. So they pour their hearts and souls into a project, only to find themselves washing cars and walking other people’s dogs the next year.

Understandably film scores came from what was referred to as “fake books,” which had collections of classical and basic compositions used for certain moments and characters. Seriously, they had names like ‘In A Chinese Tea Room’, ‘Sea & Storm,’ and ‘Orgies’. Of those that weren’t of the classical genre, where individuals like Liszt and Beethoven would slave over their creations, they would remain completely contrived, able to be played by a random pianist in any theatre at short notice. But that was the freakin’ silent film era so leniencies should be granted. Sadly, big business producers have gripped the latter approach and this hodgepodge of unimaginative, rushed, modern day filler is bullsh**. It’s cowardice with the luxury of surround sound. It’s not charming or pastiche, and there’s no excuse.

I hate to get all nostalgic on you folks, but remember a time where Hollywood dared to make a statement with the music it used for its productions? Things like ‘Back To The Future’ or the suite from ‘Forrest Gump’? Hell, ANYTHING by Danny Elfman. The whole songbook from ‘The Nightmare Before Christmas’ was and remains a masterpiece. The only thing to come close, in terms of an animated musical in the last few years, might be ‘Frozen’. And still that’s relatively poppy and radio-friendly in comparison.

My point is that it would be so refreshing to really be hit by something that stands out as its own thing once again. It doesn’t have to be some triumphant bombastic fanfare, or anything over the top. Who doesn’t tear up over what Yann Tiersen did for ‘Amelie?’ There is a profound strength in the delicate, too.

A composer should strive to provide something that is both unique and also perfectly fitting to the world it is supplying itself to. A solid and thoughtful score can become its own world, that not only compliments, but heightens the beauty of the imagery, and becomes the reason you pay for the soundtrack as well as the film. The combination of Messrs. Miyazaki & Hisaishi (Studio Ghibli – pre-Disney ownership) are a perfect example of such potential.

Imagine-a-nation where our creative ideals stopped being treated as a “dead in the water” asset. Where backers don’t place antecedence on profiteering first. Otherwise what’s the point? What’s the point in saturating our culture with hackneyed, rushed, thoughtless, not-even-art only to see it replicated in 50 other failing flavours the next fortnight? I don’t like the idea of living in a world where everything strives to be a one hit wonder at best.

Paintbrushes, canvas, theatre space, show flyers, guitar strings, and the rest all cost money. There needs to be a balance between those who have a wealth of talent and can’t make rent and those that are culturally poor, but have a limitless cheque book. We need to believe in each other more and stop thinking we are just tools for one another to reach an end goal, then part ways as soon as bank deposits have been made. Let’s put community before competitiveness. And take a little more time with what we choose to place ourselves in, because it will be as precious and endless as we care to make it.

What is ‘Culture’ Anyway?

Maybe by stepping away from these misplaced societal values and archetypes of “celebrity”, equated to notoriety and buzz instead of excellence of craft, we can help in disintegrating this woeful culture of embracing mediocrity. Such as ‘Liking’ YouTube videos that deliver the public shaming of untrained singers, or laughing over billionaire brats breaking other people’s sh**. Or committing countless hours to watching some kid called Honey Boo-Boo, so we can feel like better people or parents when witnessing so many grammatical foul-ups. And then avoid the subsequent fear of “not being one of the cool kids” when we can’t recount it in the morning by whatever the hell a metaphor for a water-cooler is these days.

As adults, we carry the expectation of rationality and conscientiousness. Of others and ourselves. It gets dormant and silenced too often. We have taken the shameful act of bullying from the schoolyards and locker rooms, and carried it into our homes and offices. We’ve let it beat us down subconsciously to the point that the only way we can seem to overcome it is to seize control by profiteering from it. What did we want to be when we grew up? I wanted to be a rockstar and a wrestler on a tag team with Sting. The wrestler not the musician.

There’s a Happy Place Between “Perfect Art” and “Sell Out”

Don’t get me wrong. I am not demanding excellence, and the occasional guilty pleasure is fine. But I do so long for a more common desire for the unusual and kind. Not definitively strange or weird. Not martyrdom. Just not so damn usual and cruel. I don’t know about you, but when it comes to modern day entertainment, particularly revolving around children – I don’t think ‘Toddlers & Tiaras’ or Honey F***ing Boo-Boo are exactly honouring the legacy of Shirley Temple. 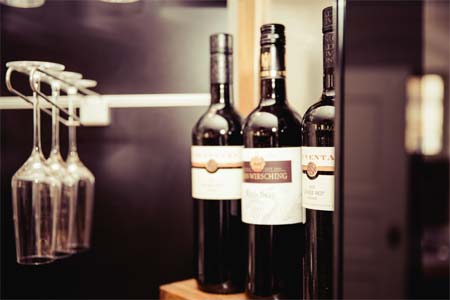