They might run social media sites and software startups, but the minds behind some of the world’s most successful businesses still need to strike the same balance between health and business like the rest of us. Let’s take a look inside the workout routines of some of the world’s most successful businesspeople and entrepreneurs.

She’s a big advocate for getting a full eight hours of sleep each night, but the creator of Huffington Post also keeps healthy with mediation and regular workouts.

The founder of Microsoft might have made big changes to the world, but he keeps his workout traditional: an hour on the treadmill, at least five days a week.

The editor-in-chief of Vogue U.S. sets her alarm for 6 o’clock each morning, starting her days with an hour of tennis. The fashionista says tennis helps keep her disciplined and focused for the day.

Zuckerberg schedules one-on-one meetings and conducts them whilst walking, so he can stay fit and conduct his business simultaneously. He also works with a personal trainer three times a week.

As the CEO of Apple, you wouldn’t think Cook has a lot of time on his hands, but he fills his free time with hikes, bike rides and regular trips to the gym.

One of the world’s most successful businesswomen, Winfrey conducts 45-minute cardio workouts six mornings a week, and makes time for four to five strength sessions each week too. 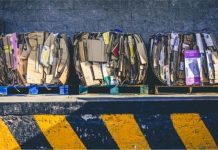 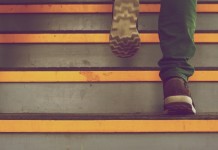